Tommy McKearney is a former volunteer with the Provisional Irish Republican Army, who took part in the 1980 hunger strike. He is now a freelance journalist, an organizer with the Independent Workers’ Union, and the author of The Provisional IRA: From Insurrection to Parliament. 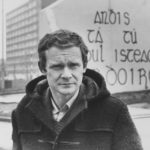