Karl Kautsky (1854–1938) was one of the leading Marxist intellectuals of his day and the author of many historical works, including Forerunners of Modern Socialism and Foundations of Christianity. 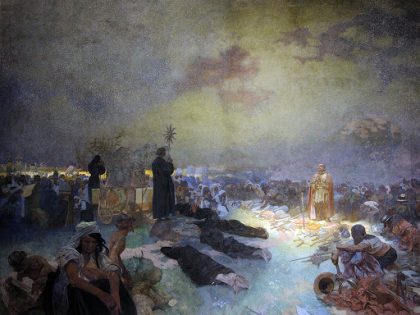 On this day in 1420, a force of peasants and artisans won a famous victory at Vitkov Hill on the outskirts of Prague — the high point of Bohemia’s Hussite revolution. The Taborite rebels dreamed of social equality and terrified Europe’s rulers, but they were too far ahead of their time.