Carlos Figueroa is the principal coordinator for the international affairs committee of Chile’s Revolución Democrática party and also serves as the secretary-general of the Permanent Forum of Foreign Affairs in Chile. He holds a philosophy degree from the Catholic University of Chile and a master's in political science from the University of Chile. 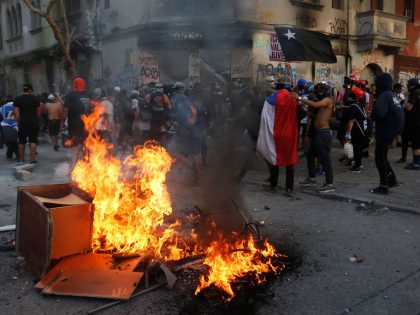 Mass Uprisings and Their Aftermath in the United States and Chile

Both Chile and the United States have seen massive social upheavals over the past year. The two countries have much to teach each other about how such unrest can translate into substantive political change.