Annie Levin is a New York City–based writer and cultural organizer. Her work has appeared in In These Times, Current Affairs, and the Progressive. 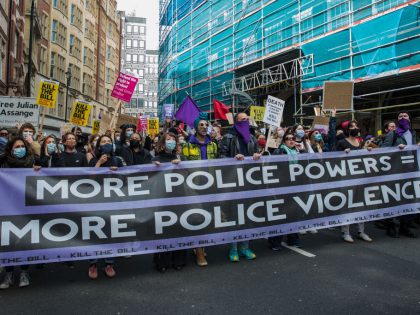 In Britain, the Left Is Resisting a Massive Expansion of Police Powers

A bill advanced by Boris Johnson’s government would give British police massive powers to criminalize protest and evade public scrutiny. But the “Kill the Bill” movement has mobilized impressive opposition against it — providing a first sign of the Left rebuilding after Jeremy Corbyn’s defeat.