Richard Lewontin is an American evolutionary biologist, geneticist, academic, and social commentator. A leader in developing the mathematical basis of population genetics and evolutionary theory, he is the author of many books on science and politics. He co-authored Not In Our Genes: Biology, Ideology, and Human Nature, just re-released from Haymarket Books. 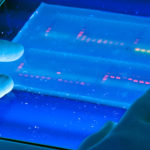 (Not) Born This Way

There’s nothing natural or innate about inequality — but a long history of pseudo-science will tell you there is.