Andy Willimott is senior lecturer (associate professor) in modern Russian history and fellow of the Institute for Humanities and Social Science at Queen Mary University of London. He is author of the award-winning book, Living the Revolution: Urban Communes & Soviet Socialism, 1917–1932 (Oxford University Press, 2017) and coeditor of Rethinking the Russian Revolution as Historical Divide (Routledge, 2018). His research has been funded by the Arts and Humanities Research Council, Leverhulme Trust, and British Academy. 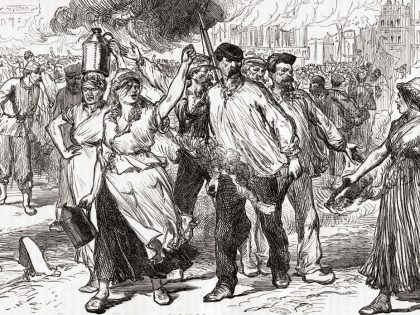 The Paris Commune Taught the Bolsheviks How to Win a Revolution

Lenin was so enthused by the Paris Commune that he danced in the snow the day the Bolshevik government had lasted longer than its French forebear. Both the successes and ultimate defeat of the commune gave practical lessons to generations of Russian revolutionaries — most importantly, that working-class rule was possible.