Abigail Fields is a graduate worker in the French Department at Yale and is from Minneapolis, Minnesota. They have taught language and literature courses for Yale college students and are working on a dissertation about agriculture and nineteenth-century French literature. They have been organizing with the campaign for a grad worker union since 2019. 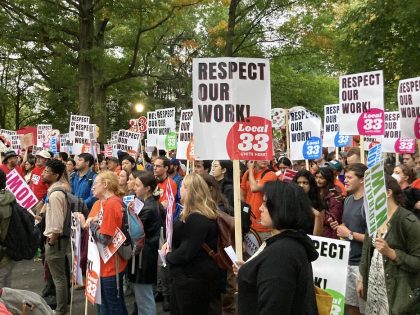 Graduate student workers at Yale University have been trying to unionize since the early 1990s; on Tuesday, they finally won a union election. Jacobin spoke with two Yale worker-organizers in the lead-up to the vote.