At any given time, the United States has four hundred W78 and W87 thermonuclear warheads on hair-trigger alert, loaded on intercontinental ballistic missiles that can travel eight thousand miles, capable of destroying every building and living creature within a four-mile radius. Since 2001, unmanned air vehicles piloted from a Nevada airbase have been used to kill ten thousand people on the other side of the world, many of them civilians. General Atomics’s MQ-9 Reaper drone has visual, infrared, and laser-based sensors for targeting, technology for real-time video streaming, multiple types of radar, and supports a range of bombs and missiles to rain death.

Weapons like these did not exist fifty years ago. There is no “natural” scientific or technological progression that accounts for their emergence. They require tremendous amounts of money to develop and immense scientific expertise employed precisely to these ends, highlighting an obvious yet often ignored truth: the military plays a central role in funding and shaping the modern scientific enterprise — an arrangement observers have called the “military-industrial-academic complex.” 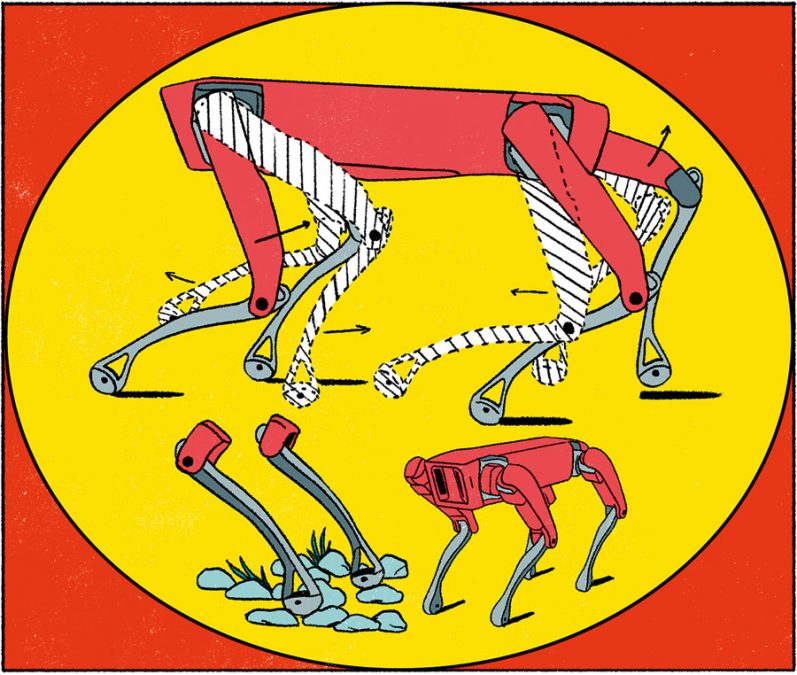 Scientists have always developed weapons for their patrons. In 200 BC, Archimedes was perfecting catapults and grappling hooks for the rulers of Syracuse. However, the modern relationship between science, capitalism, and the military has its origins in the tremendous mobilization of scientists and engineers during the Second World War through the Office of Scientific Research and Development (OSRD) and the Manhattan Project (which resulted in the atomic bomb). Between 1938 and 1945, the US budget for military research and development increased nearly seventyfold from $23 million to $1.6 billion.

The technological successes of World War II transformed the perception of scientific research in the eyes of military, industry, and government officials. The shift in sentiment was captured in a seminal 1945 report entitled “Science, the Endless Frontier” by Vannevar Bush, the president of the OSRD. Bush argued that “the research scientists of the country must be called upon to continue in peacetime some substantial portion of those types of contribution to national security which they have made so effectively during the stress of the present war” and that basic scientific research was necessary to “make new and better and cheaper products” and create new jobs.

The Bush report profoundly shaped policymakers’ views on the role of science in society. Increasingly, the modern scientific enterprise was conceived as a military-Keynesian project meant to boost both the military might of the United States and capitalist profit-making.

The Korean War and fears surrounding the Soviets’ launch of their Sputnik satellite cemented this vision, fueling broad enthusiasm among policymakers for expanding science funding. American science had become permanently yoked to military and corporate prerogatives.

In almost all discussions of science, expenditures on scientific research (“Research”) are lumped together with money spent on developing new products (“Development”) into a single category: Research and Development (often abbreviated R&D). The Research subclassification encompasses both basic research — research without “any particular application or use in view” — and applied research — research “directed primarily towards a specific practical aim or objective.” Development, on the other hand, is geared toward exploiting knowledge gained from research to make “new products or processes or improving existing products or processes.”

Since the 1950s, the United States has spent roughly 1 percent of its GDP for scientific R&D (in 2018, about $116 billion). But within the broad category of scientific R&D, military spending dominates. This pattern was most evident during the Cold War years, when military R&D consistently accounted for 60–80 percent of total R&D spending. Today, military R&D spending accounts for nearly half of all science spending by the federal government ($70 billion in 2018). The vast majority of these funds (more than $50 billion a year) go directly to developing conventional or nuclear weapons. By contrast, the total amount allocated for basic research in 2018 across all federal agencies in all fields was just under $37 billion.

Universities are a major beneficiary of military funding. MIT’s Lincoln Laboratory gets more than a billion dollars a year from the military for everything from ballistic missile defense to intelligence, surveillance, and reconnaissance (ISR) systems and technology. Penn State’s Applied Research Laboratory — one of fourteen Department of Defense University Affiliated Research Centers — recently received more than $2 billion from the Navy. Johns Hopkins University’s Applied Physics Laboratory employs more than 6,300 people and touts its role in inventing numerous weapons, including “the world’s first long-range, autonomous, precision guided weapon.”

The picture that emerges is clear. The modern scientific enterprise, especially outside of the life sciences, is intimately and directly tied to the military-industrial complex.

Basic research — what most people think of when they hear the word “science” — accounts for less than a third of “science funding,” significantly less than what is spent every year on developing weapons.

These numbers lay bare the deep contradiction at the heart of the postwar relationship between science and the ruling class. Scientists were finally given the autonomy and institutional resources to practice their craft, but, disproportionately, these resources were earmarked for problems, fields, and technologies with a military and corporate bent.

Resources were available for certain questions, but other topics were declared not “fundable” and removed from acceptable pursuit.

Scientists were acutely aware of the shift. As physicist Charlie Schwartz quipped:

[They] know which side their bread is buttered on … You don’t do things that might offend the powers that be. So you claim to be neutral and apolitical and resist any attempts that might put you in a position where you might encourage the disfavor of important people (that is, those who have the money to give out).

Yet, for a brief period in the late 1960s and early 1970s, this status quo was dramatically challenged. Radical scientists inspired by new social movements — particularly the antiwar movement — began developing an alternative vision of science. They started to ask heretical questions: “Why are we scientists? For whose benefit do we work? What is the full measure of our moral and social responsibility?”

Activists groups such as Science for the People held protests at major scientific meetings, wrote cutting edge exposés calling out the participation of fellow scientists in military-funded think tanks like JASON, and attempted to pass resolutions in major professional societies condemning the role of the military in scientific research.

Students and academics directly challenged universities’ role in military research. They occupied buildings and implored scientists to cease weapons research and instead to direct their energies toward solving social problems. Even normally reticent and conservative faculty formed new groups like the Union of Concerned Scientists.

The radical science movement envisioned a different kind of science, one that could free itself from the military-industrial complex and truly tackle the needs of society.

But with the defeat of the social movements from which it drew its inspiration, this emancipatory vision of science largely disappeared from the scientific community. The ascendancy of neoliberalism and a renewed military spending push by the Reagan administration reinvigorated the military-industrial-academic complex.

The legacy of these defeats is felt today. It is still much easier to get funding to develop new bombs than to get the resources to develop new, potentially life-saving antibiotics. 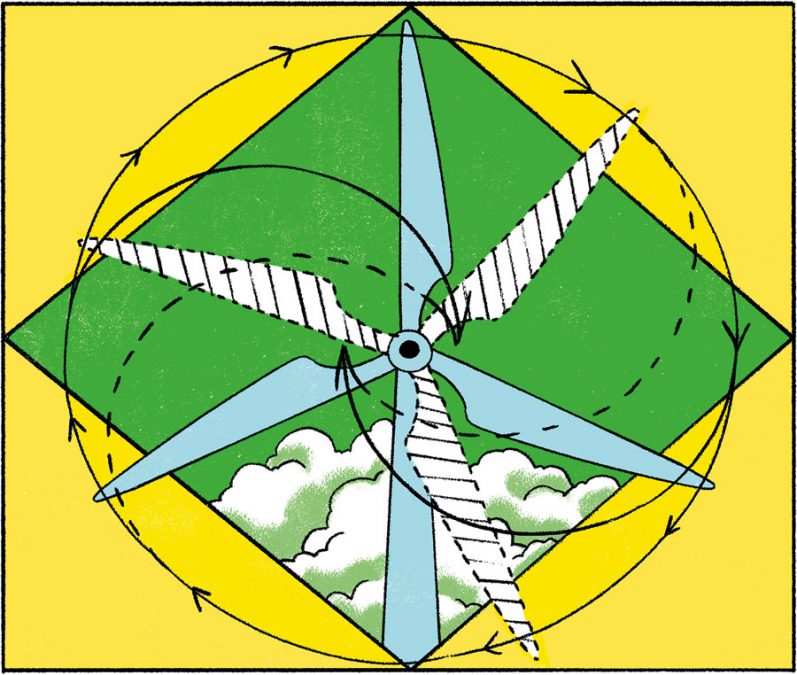 Scientists struggling to secure financial support often turn to the military to survive. In a publish-or-perish world where scientists are judged on how many research dollars they bring to their university, the military is often the only realistic source of funding.

In this way, the military sets the broad agenda of what science gets done, what questions get asked, and who benefits. To be sure, scientists try hard to create autonomous spaces for their work, but their ability to do so is severely curtailed by the immense power wielded by the military-industrial-academic complex.

Yet new movements are emerging, and tackling pressing problems such as climate change will require a radical reenvisioning of our economy. For policies such as the Green New Deal to be truly successful at reaching zero emissions while simultaneously improving the lives of ordinary people, we will need massive investments in new scientific research.

This is a daunting prospect. But if we have learned anything from the last century, it is that scientists with ample resources and clearly defined goals can achieve the seemingly impossible.

If scientists can make missiles that fly thousands of miles carrying nuclear bombs, and drones that can be controlled from halfway across the world, they can certainly develop technology to actually benefit humanity.