White, black, and Latina, immigrant and native born, US women are having fewer children — by some measures, the birth rate is the lowest it has ever been. In the United States, the costs and work of childbearing and child-rearing are pushed onto parents, women in particular, while employers increasingly avoid contributing anything to the raising of their future workforce. Other countries have responded to plunging birth rates by providing free childcare, paid family leave for both parents, and shorter work hours. But here in the United States, we face a cheaper, meaner strategy to prop up the birth rate: make it harder to get abortions and birth control. The result is that one in four of our births is unintended, roughly twice the rate in countries with robust reproductive rights.

Last December, when House Speaker Paul Ryan instructed Americans to have more babies for the good of the economy, women responded with fury: “I’ll tell Paul Ryan the same thing I tell my parents and all their noisy friends: you want me to have babies, create an environment where having and raising a child doesn’t cost an entire adult person’s salary and I’ll think about it,” wrote MazzieD on Jezebel. Her response is not unusual. The latest reports show that in 2017, women in the US bore even fewer children than in 2016, a thirty-year low despite the alleged economic recovery. To explore the causes and dimensions of this “birth strike,” National Women’s Liberation has been asking women their reasons for having or not having children. The testi-fiers here range in age from their twenties to their sixties and two-thirds are women of color. The names have been changed.

The responses show that women are feeling sharply the burdens that US society puts on them. Those who don’t want children give economic reasons as often as personal preference. Those who want children are weighing their desires against their lack of time, money, sleep, affordable health care, and the anticipated costs to their well-being.

What are your reasons for wanting children? For not wanting them? Has your thinking changed? Are your parents’ lives a factor in your thinking?

I always wanted a child, always wanted to be a mom, I was a preschool teacher after college, dreamed of adopting a houseful of children. I pursued a difficult professional path that required a lot of hours, so I didn’t date. I didn’t meet my husband until four or five years ago, after I was established in a career, and in my late thirties I had my daughter. I felt a sense of urgency, I knew I was getting older, and I got pregnant almost right away, so we didn’t get to be a couple much without a child. I regret that because I think it’s an important part of a relationship. But my baby makes it all worthwhile. I come home completely emotionally drained and she says, “Ta-da mommy, supwise!” It’s work, but I can’t put it in to words how completely amazing and precious it is.

I always thought I wanted more than one child, but I will be forty-two in June. Now, Aisha’s three, my husband has had health problems, and I’ve struggled with my own health problems. At work, going on maternity leave would be supported, but I’m really, really tired. Working, taking care of a child, dealing with my husband’s recent illness, and there’s just so much to do all of the time that I don’t know how I would do it with another baby — materially, logistically, how that would work.

I need to work fewer hours; I would like to have health benefits whether I work or not; I wish I’d had more maternity leave, at least a year, then I wanted to go back half time. I want there to be places where you can go where people bring their children and their families and there’s food — healthy free food — and the kids can play together, and you can eat supper. I want that much societal help. I want free day care, after-school care, health care. The hardest part of my day isn’t taking care of a terminally ill patient, it’s coming home and deciding what to make for supper.

My mom had three. In my teens I wanted kids. I was good around kids and I liked being around kids. And I had this vision — as a kid, I’d sort of been a fighter personality because I was the oldest in an immigrant family, my parents had a lot of hard times navigating the system here, so I was a little “child adult” for a long time. So, I just had this vision that I would keep kicking ass until I had a kid, and then the kid would be one 100 percent of my focus.… [My thinking has] changed radically, I don’t want kids anymore and it’s because in this trajectory of kicking ass, I realize you don’t stop. If you’re going to college, and then you have a job and you have your ambitions and you’re feeling that more and more. I can’t turn that off anymore. And also, as I grew up, I started making notes about what I don’t want, [my parents’] absolutely horrid marriage, and how most men in my family are terrible in terms of sexism or not doing their share. So, there’s a deep-rooted fear that I have, that I want to avoid that at all costs, and if it means being alone then so be it. And currently I can’t even keep a plant alive.

I don’t have any [reasons] right now but I used to [assume] it would occur or transpire at some point in my twenties or thirties. For not wanting them, let me count the ways.… Understanding that there is no support in place for women who have children, that alone is enough for me to be like, “fuck that.” But seeing my friends who are in their early to mid-thirties now go through being pregnant, childbirth, and how that’s affected their careers and their relationships with their partners and their friends. I see them getting joy out of having children, but I see so many other parts of their lives crumbling, at least in my view, and that compromise doesn’t seem appealing to me whatsoever. I think that it would great to have a child with a partner that you love because it seems like a lovely thing, but I have also had the experience of starting a business with a partner and seeing how much of the slack I was constantly picking up. There’s no convincing me that the majority of the burden of child-rearing won’t fall to me regardless of who my partner is. 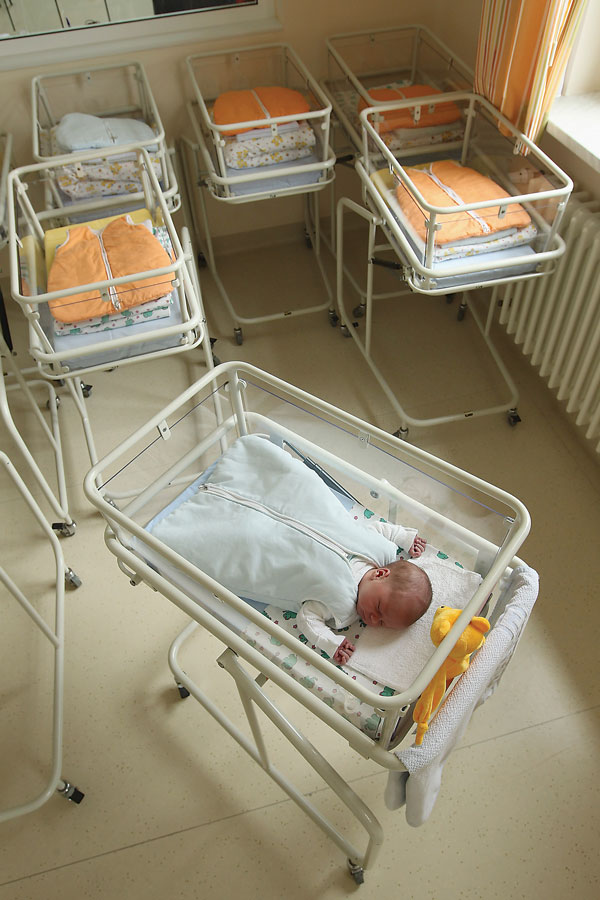 I didn’t have children, though I expected to. When I was very young, my mother’s friend got me a job in a newborn nursery, trying to interest me in nursing, and I observed a couple of births. In the 1960s there was the episiotomy, it horrified me. Basically, I wasn’t interested until about age thirty-six, but then I didn’t have a partner. By the time I did have a partner, we still lived kind of low-[rent], but I guess there have been choices that I made, not just that I couldn’t afford it. When I got together with Nadine — this would have been at the very end of the possibility of getting pregnant — we could either afford to buy a house, or we could afford to have a child, and I picked the house. Also, my best friend from college — she’s heterosexual, same age as me — had saved money, went for those fertility treatments, and when it didn’t work, she decided to adopt. Her children, while lovable, are so difficult that this woman, who I have tried to figure out life with since age eighteen, stopped reading. I was horrified by that and still am.… I’m sorry that I didn’t have a child, but a child under supportive circumstances, which at present do not exist in this country. When I think of what work would be required and what I would have had to give up. I am sorry that I didn’t give my parents grandchildren. I was an only child and they were very disappointed.

I spend a lot of time thinking about what it takes to raise a decent human being. Not all of it falls onto parents, but a good deal of it does. I feel actual joy when I’m with my nephews and other babies. I don’t feel joy with them all the time, but I feel it enough that I understand the reasons people have children. I can get joy from other things, but I enjoy getting that from children. Community is very important to me and this is one way, not the only way, to build community. Having children forces you outside of your world because those children have friends who have parents. They go to school. So, there are all these ways that community would expand for me if I had kids. [But] the conditions of [paid] work, the dynamics of a relationship with a male partner, make me think that I will have to sacrifice — or at least compromise a lot — my interests, desires, and dreams, to be a parent. As someone who has been taking care of others since I was nine years old, I am at a stage of my life where I want to put my self-care first for as long as I can. Children are also expensive, and I have chosen a career that isn’t lucrative and have accumulated a significant amount of school debt. I don’t physically care for my father, but I contribute money toward his care, and I will have to fund or do the work of caring for my mother when that time comes. I also organize my great uncle’s care. 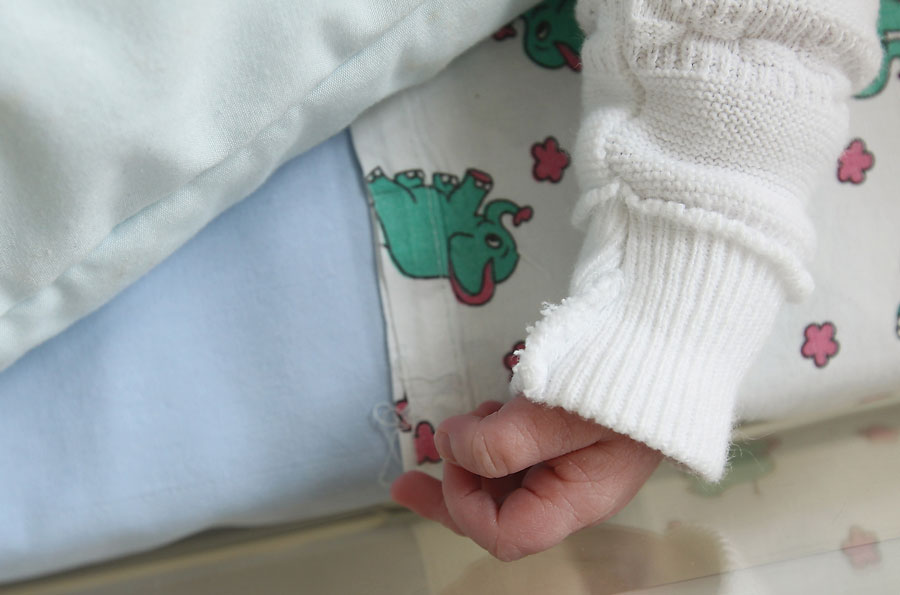 When I was younger, I didn’t like children. [At work I] dealt with babies and children every day. I had no interest in them. I wanted independence and children just seemed like a drag. Then when I got older, I did start to want to have a kid, but I put it off, because I worried about money, not being able to afford health care, not having paid leave, and the cost of childcare. I also worried about whether my husband was really going to put in the work. And I was at a point in my life where my younger brother was having a lot of problems … and saw the difficulty that my parents were going through with that.

I had Luca, despite the worries, about two and a half years ago. I would say I have zero desire for a second kid right now. I thought I wanted to have two kids in the abstract, but while I’m kind of doing ok, and Nathan and I are kind of doing ok, it’s like the water is up to your neck. The thought of another kid is just being swallowed up and going under, like a vortex. I just think it would be too hard — even the thought of it makes me feel nauseous. If there were no abortion available, I can imagine myself looking into getting a back-alley abortion if I got pregnant right now.