The United States is the country where everyone feels middle class, right? No.

Gallup is out with the latest edition of a question it’s asked ten times over the last twenty years: “If you were asked to use one of these five names for your social class, which would you say you belong in?” When they did the survey in April, the largest set of respondents said “middle,” 38% — but that’s not much more than a third. Almost as many, 35%, said “working” (a term that has often been pronounced obsolete). 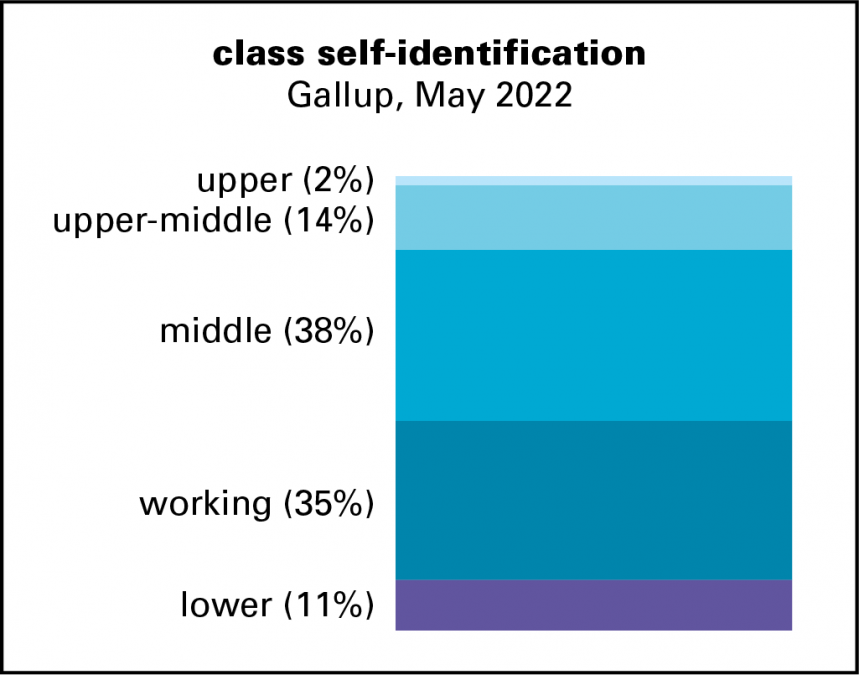 A striking thing about the chart is its upward skew. The midpoint is just four points into the “middle” category, and “upper-middle” is nowhere near that midpoint — it begins about five-sixths of the way to the top. Still, it’s remarkable that in a country of alleged universal middle-classness, almost half the population identifies as sub-middle.

Over the last twenty years, “upper-middle” and “middle” have declined by eight percentage points and “working” and “lower” have risen by nine. If you start the clock in 2005, the peak of the housing bubble, the “middle” share has fallen by nine points, with most going into “working.” The Great Recession that followed the bursting of that bubble has a lot to do with that trend, but ten years of expansion following that miserable downturn did nothing to change middle-class self-identification. 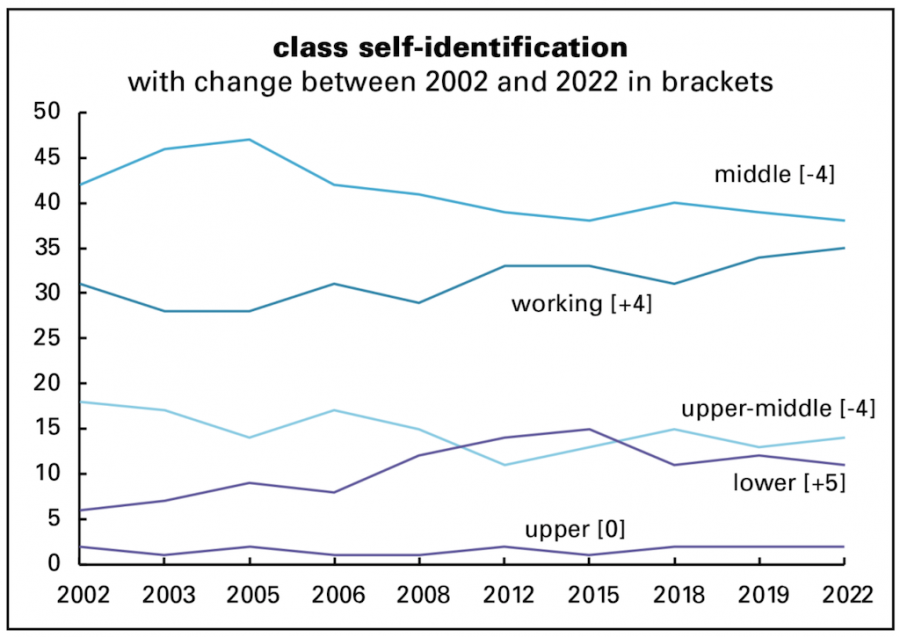 Before one gets encouraged by these stats into thinking proletarian class consciousness is on the rise, a caveat: more Republicans (38%) are likely to identify as working-class than Democrats (30%). But to conclude on a more encouraging note: 49% of those aged eighteen to thirty-four call themselves working class, twice the share of the over-fifty-five-year-olds. Nice to see that clarity in the young.