During his presidential campaign, Joe Biden proposed a lot of additions to the US welfare state. These included:

Some of these policies were enacted temporarily as part of the American Rescue Plan (ARP). Others were in initial drafts of the Build Back Better (BBB) legislation.

But, with the release of the Inflation Reduction Act (IRA), it’s now clear that none of these proposals will be enacted beyond this year except the last one: increasing the generosity of the Advanced Premium Tax Credit (APTC) for individuals who buy insurance on the Affordable Care Act (ACA) exchanges. And even the change to the APTC is set to expire after 2025.

Of all the programs on the list, the APTC expansion is perhaps the least important. The APTC program has been a disaster from the beginning and remains so today. Only 12 million out of 330 million Americans (3.6 percent) receive their insurance through the ACA exchanges. As of 2020, only 43 percent of people eligible for the program actually signed up for it and recent changes to the program make no effort to fix this serious nonparticipation problem.

To be eligible for APTC subsidies, an individual or family has to have an income above the poverty line, meaning that the program provides no benefit to the poor. This is not disqualifying in and of itself if the poor are all covered by some other health care program. But they aren’t. In states that did not enact the ACA Medicaid expansion, there are over two million poor people who are neither eligible for Medicaid nor eligible for APTC subsidies to buy insurance on an ACA exchange.

As far as small health care tweaks are concerned, covering the people in this Medicaid gap is far more important than increasing the generosity of APTC subsidies. In fact, it would have been possible to provide some coverage to them by simply making these more than two million people eligible for the APTC subsidies. But Congress has opted not to do that.

The APTC subsidies work by capping an individual or family’s health insurance premiums at a certain percentage of their income. In the below graph, the black line shows what this cap looked like in 2020 and the red line shows what it looks like after the changes in ARP and IRA. 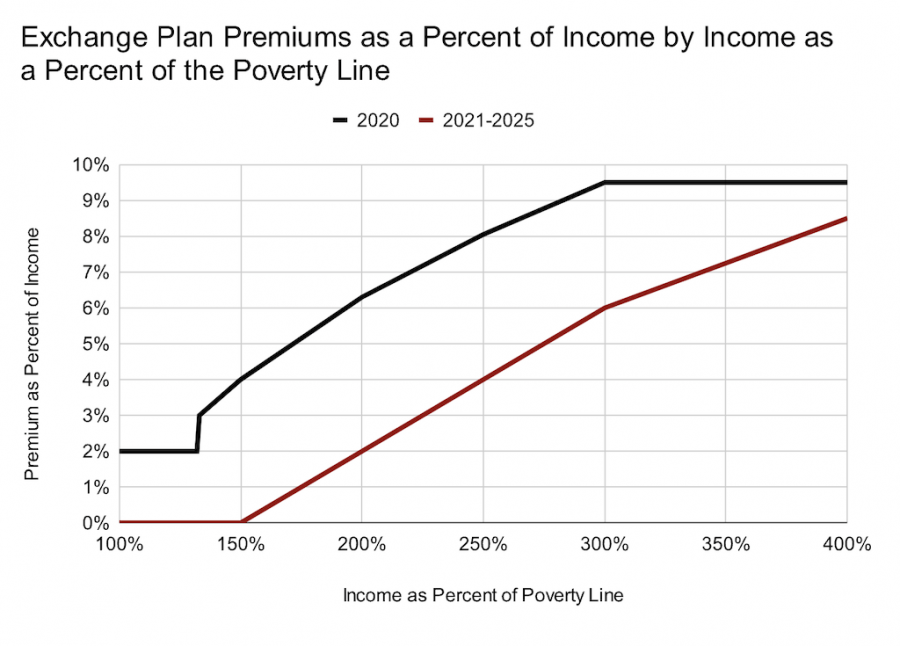 This graph is a bit abstract, so below are two more that show what this change amounts to in dollars for an individual adult and a family of four. 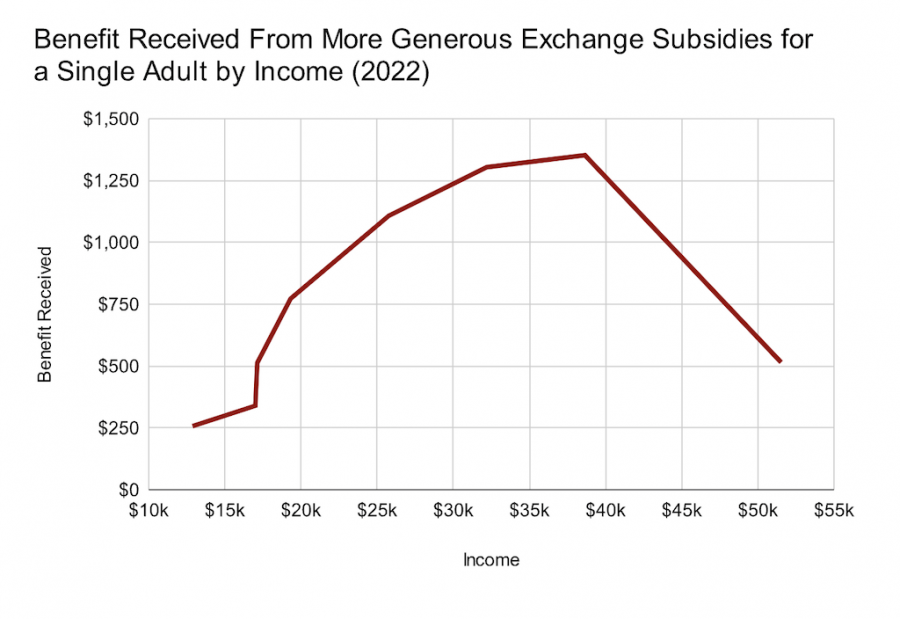 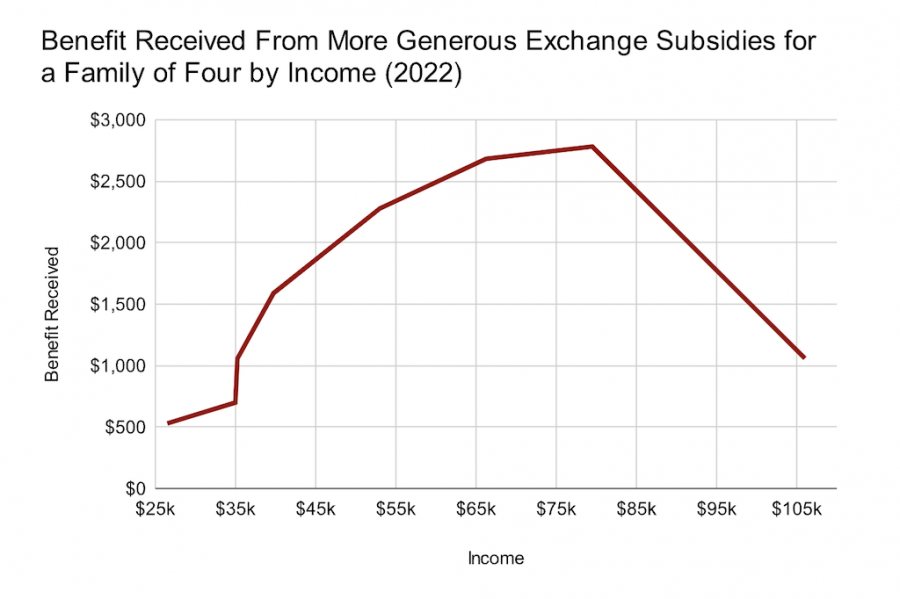 In addition to the changes depicted in these graphs, the new APTC regime caps premiums for individuals and families with incomes above 400 percent of the poverty line at 8.5 percent of income. In the prior APTC regime, these individuals paid the full unsubsidized premium for whatever plan they enrolled in.

As far as things go, this change is fine, though it’s hard to see why Democrats have put so much priority on it relative to the other welfare items. At times, it seems like the interest in this particular proposal is driven more by Obamacare legacy considerations than sober calculation about how to allocate marginal welfare state dollars.

In any case, I think it’s safe to say at this point that the 2021–22 Democratic trifecta has been a big let down for those interested in the welfare state. Advocates of macroeconomic stimulus, infrastructure investment, industrial policy, and climate change mitigation all got some things through. Advocates of the welfare state, and poor relief in particular, got basically nothing.