The continuing COVID-19 pandemic has proven disastrous for many sectors, yet the video game industry is continuing to boom. The quarantine has given many of us the chance to play more video games, particularly when some of us are now “working” from home.

Following the lockdown, US consumer spending on video games reached a second-quarter (from April to June) high of $11.6 billion, an increase of 30 percent from the previous year. In April alone, the increases were 73 percent for games, 163 percent for hardware, and 46 percent for accessories. These changes are particularly notable as spending often declines before the launch of a new generation of consoles, which both Microsoft and Sony are planning this month.

Video games have provided an escape for many during the pandemic. Before lockdown, they had already become a mainstream cultural activity, but political debates about the role of the medium had only just begun to develop beyond panic about violence and immorality. With this increased interest, they’re seen as offering more than just an opportunity to corrupt young minds — as evidenced, for example, by Alexandria Ocasio-Cortez’s and Ilhan Omar’s recent Twitch streams of Among Us to promote voting.

With this growing audience for video games, companies are identifying new ways to make money from the industry. Like the film industry, deadlines are important for making money out of video games. As marketing and advertising budgets continue to rise, ensuring a game is ready to launch on time has become critical.

One of the big upcoming titles, CD Projekt RED’s Cyberpunk 2077, has illustrated many of the industry’s contradictions. According to a recent report, the company has spent $121 million developing the game and other unannounced projects. Development began in 2013. Yet the company missed the initial launch date of April 16, 2020 — which would have been just in time for the pandemic lockdown — then missed a September deadline, passed one in November, and are now aiming for a December launch.

Despite the huge budget for the game, workers are now being asked to work longer hours and weekends in order to finish it. Given the topic of CD Projekt Red’s new game, the irony of mandatory overtime should not be lost on anyone familiar with the origins of cyberpunk.

The Production of Video Games

The video game industry is no longer a “new” industry. Companies have been making games since the 1970s, and the scope and size has greatly increased in recent years. These titles can involve thousands of workers and take many years to complete. For example, Cyberpunk 2077 has been in development for at least seven years, with over five hundred workers involved.

Over that time, numerous scandals around overwork have popped up, with games like Rockstar’s Red Dead Redemption 2 facing justified criticism for the atrocious working conditions under which they are made (though the pushback hasn’t, of course, stopped it and games like it from selling millions of copies).

The fact that crunch is so widespread means it is not an emergency measure in the gaming industry, but a feature of it.

In part because of this growing awareness, CD Projekt Red has gone out of its way to cultivate its reputation as one of the “good” video game companies. Its parent company also owns GOG, a digital storefront for games that does not use anti-piracy measures, and has a number of other policies that make it popular with consumers.

In recent years, overwork in the gaming industry, known as “crunch,” has made headlines. Some companies have publicly come out against the practice. As Jason Schreier reported in 2019, this was initially the case with CD Projekt Red. Marcin Iwiński, the company’s cofounder, explained that they would be introducing a “non-obligatory crunch policy . . . and I actually would [like] for us to also be known for treating developers with respect.” He confirmed this sentiment in another interview a few months later.

Flash forward to September 2020, two missed deadlines into the production of Cyberpunk 2077, and the message from CD Projekt Red changed. Schreier reported that workers had been put on mandatory six-day workweeks right up until the new launch date. Workers then began telling reporters that evening that weekend work has been going on for at least a year.

There is a long history of overwork in the video game industry, first brought to public attention with the open letter signed by EA_spouse (EA referring to the publisher Electronic Arts). As they explained:

The current mandatory hours are 9am to 10pm — seven days a week — with the occasional Saturday evening off for good behavior (at 6:30pm). This averages out to an eighty-five hour work week . . . The stress is taking its toll. After a certain number of hours spent working the eyes start to lose focus; after a certain number of weeks with only one day off fatigue starts to accrue and accumulate exponentially. There is a reason why there are two days in a weekend — bad things happen to one’s physical, emotional, and mental health if these days are cut short.

Despite the outcry at the time, as well as other scandals that have followed, “crunch time” remains a feature of video game production for many workers, particularly as release dates get closer. As I wrote in Marx at the Arcade, given the evidence of the negative effects of crunch for workers, as well as the games themselves, why is the practice so widespread?

Overwork is not only found in the video game industry, of course. Across all kinds of work, bosses constantly try to find ways to make us work harder. Often, this is through what Marx called increasing exploitation of “relative surplus value,” using new technology or management techniques to make workers produce more within the same period of time.

Marx also discussed another kind of exploitation that we can recognize in crunch. Instead of just making workers work harder during the same amount of time, the workday can be extended, too. Marx called this increasing the exploitation of “absolute surplus value,” but warned that this had both social and physical limits. First, workers also want time to do other things than work, and second, there are only so many hours in the day.

In the run-up to release deadlines, video game managers can no longer rely on getting workers to put in the extra effort during their normal working hours. Crunch, despite the clear negative effects, increases the absolute amount of time workers put into production. The fact that crunch is so widespread means it is not an emergency measure in the gaming industry, but a feature of it. As Nick Dyer-Witheford and Greig de Peuter have argued, this “normalized crunch time therefore points to an elementary economic fact: it is a good deal — a steal, in fact — for game companies.”

The fact that CD Projekt Red’s new game has “cyberpunk” in the title makes all of this particularly ironic. Books like Neuromancer by William Gibson tell stories of a dystopian future in which unaccountable corporations rule over society. The “high tech, low life” aesthetic fits well with the hacker origins of video games — and has certainly drummed up attention for the game itself. 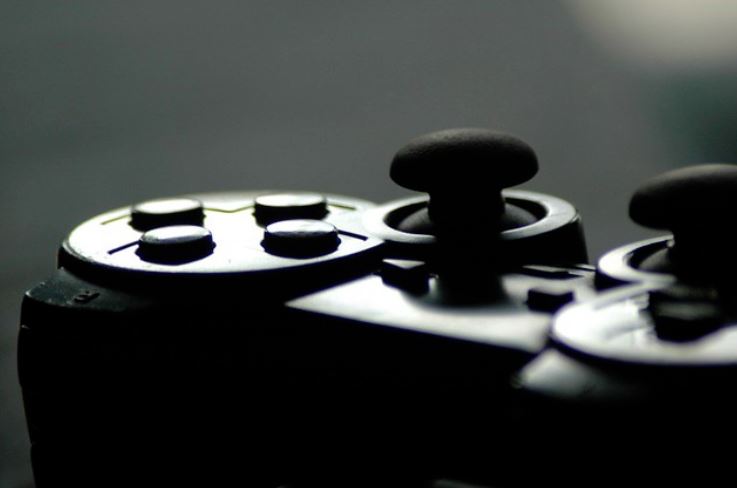 In our current moment of unaccountable tech companies, facial recognition, artificial intelligence, digital platforms, and other staples of the cyberpunk genre, it can seem like a fitting point of cultural reference. Yet CD Projekt Red have claimed that their vision of cyberpunk is “not a political statement.” Instead, it is just a neon-dipped, violent, techno-futurist setting for role-playing. Somewhat awkwardly, Mike Pondsmith, the creator of the Cyberpunk pen-and-paper role-playing game on which it is based, had a different opinion, explaining that with cyberpunk, “inherently it’s always political.”

The labor practices taking place at CD Projekt Red should make it come as no surprise that they want to play down the political themes of cyberpunk. Given the long history of video games as an escape from work, both in their origins as hacked software on military or industrial computers, or more recently as a way to get away from work, the cyberpunk aesthetic can be appealing. However, as Nicola Nixon has warned, the genre has:

absolutely no critique of corporate power, no possibility that it will be shaken or assaulted by heroes who are entirely part of the system and who profit by their mastery within it, regardless of their ostensible marginalization and their posturings about constituting some form of counterculture.

A version of cyberpunk made under crunch conditions makes it more likely to reproduce this lack of critique that Nixon warns us about. Cyberpunk has the potential to be more than just an aesthetic. Beyond the neon, high technology, and violence, there is a vision of possible futures that can also help us make sense of the present.

While Darko Suvin has critiqued cyberpunk along the same lines as Nixon, he also identifies a “real rebellion in the best of Gibson; there is sympathy for the little people; there is a very clear, cynical view of the power struggles.” This should be the starting point for how we can take the bleak vision of cyberpunk and imbue it with something else: how ordinary working people can transform their world.

The beginnings of this are already underway in the video game industry. In part a response to conditions like crunch, video game worker organizing has grown in recent years. With the Game Workers Unite branch of the Independent Workers’ Union of Great Britain (IWGB) in the UK, the Campaign to Organize Digital Employees – Communications Workers of America (CODE-CWA) campaign in the United States, and elsewhere, workers are starting to build their power.

Workers’ power in the video game industry has the potential to transform the conditions under which games are made. This has a clear benefit to those in the industry, but also has the potential to reshape video game culture. The alternative side of cyberpunk shows us one way this could happen. To quote Gibson: “The street finds its own use for things”; so, too, can workers, when they organize.