Tomorrow, millions in Spain will cast ballots for Podemos, the party that Pablo Iglesias leads. His presence (and ponytail), however, have been far from uncontroversial on the Left.

Critics have charged Iglesias and his allies in Podemos’s leadership with promoting an undemocratic centralism, untrue to the party’s social movement roots. They have questioned its populist discourse, the moderation of its rhetoric and program, and for its apparent faith in the “European project.” Along these lines, Jacobin has recently published two substantive essays, delving into the roots of Podemos and its possible trajectory.

But there is no doubt that the party has shaken up Spain’s political establishment, and that Iglesias’s unorthodox style and musings have endeared him to a huge audience. A strong result for Podemos tomorrow would bode well for the Left.

In the following illustrated exchange with Jacobin, Iglesias shows the promise of Podemos, as well as many of the pitfalls that the party’s critics have warned of. The interview was conducted by Francisco de Zarate, a journalist and comic writer with the Argentine newspaper Clarin, and illustrated by Fernando Calvi. 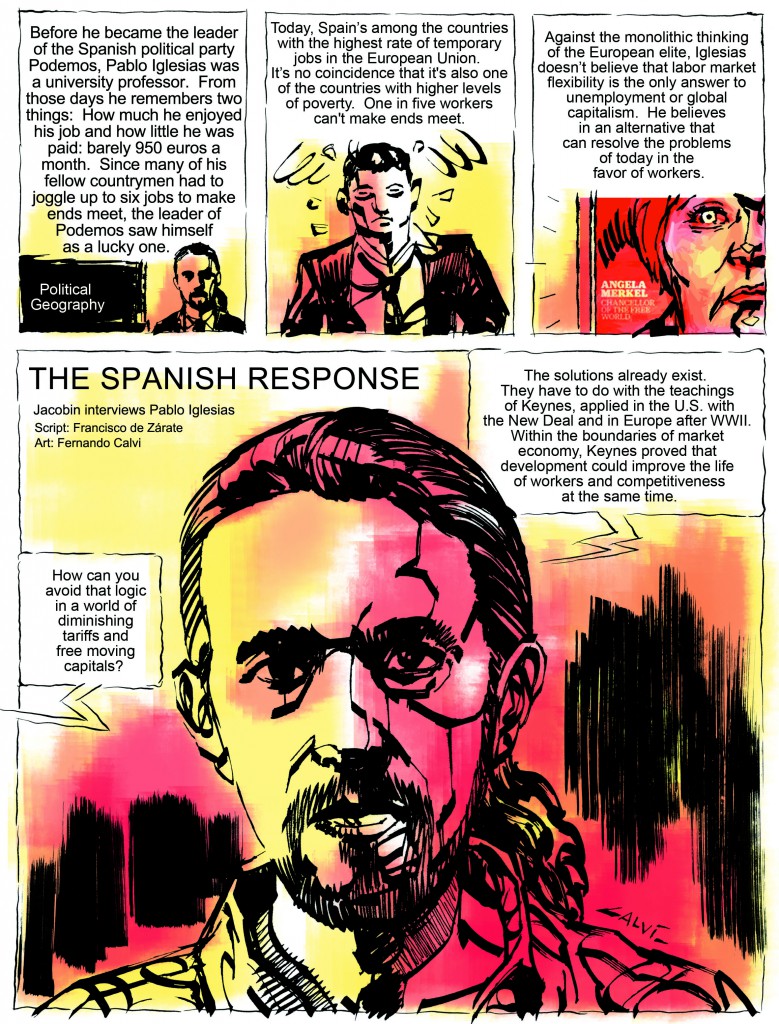 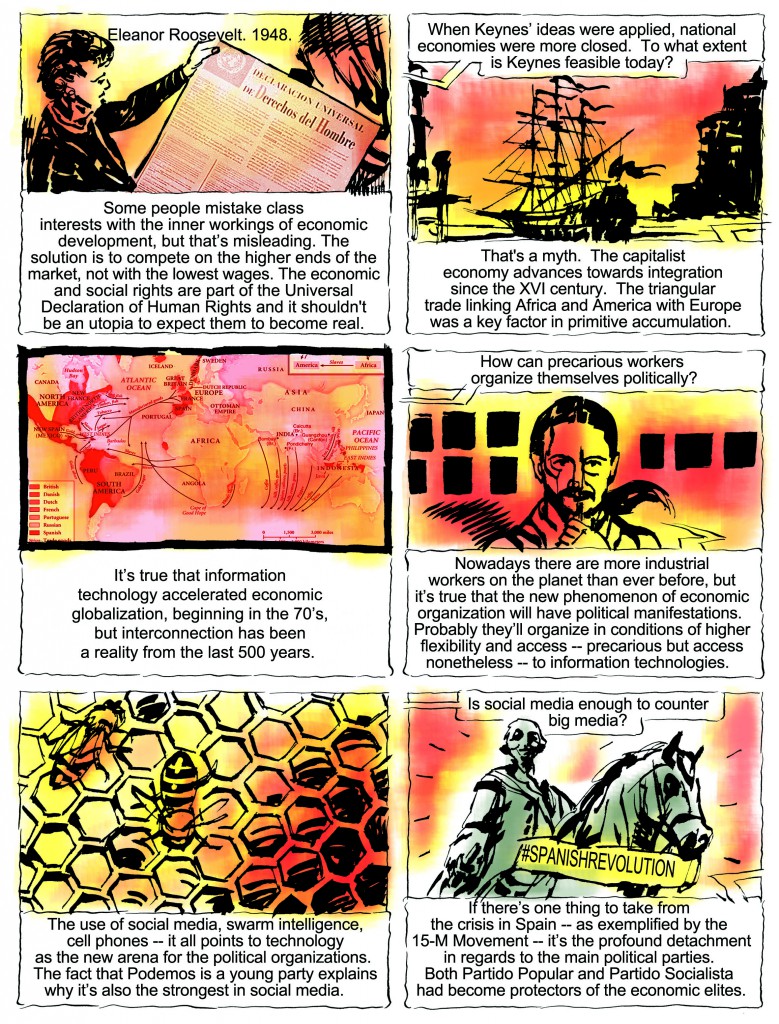 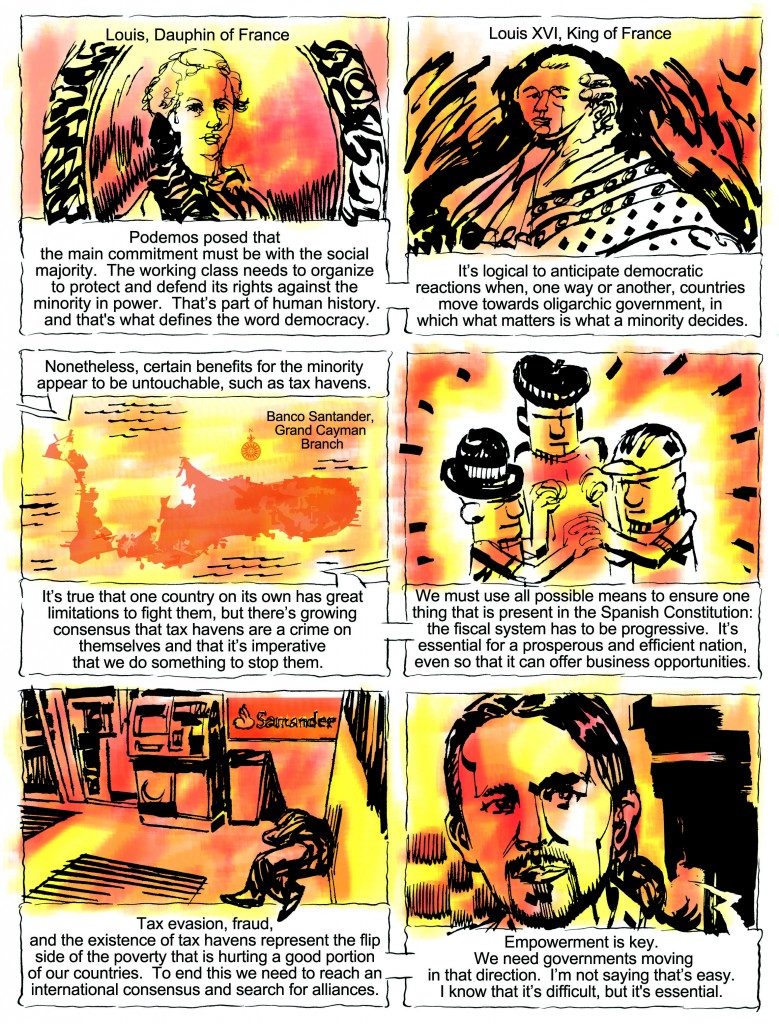 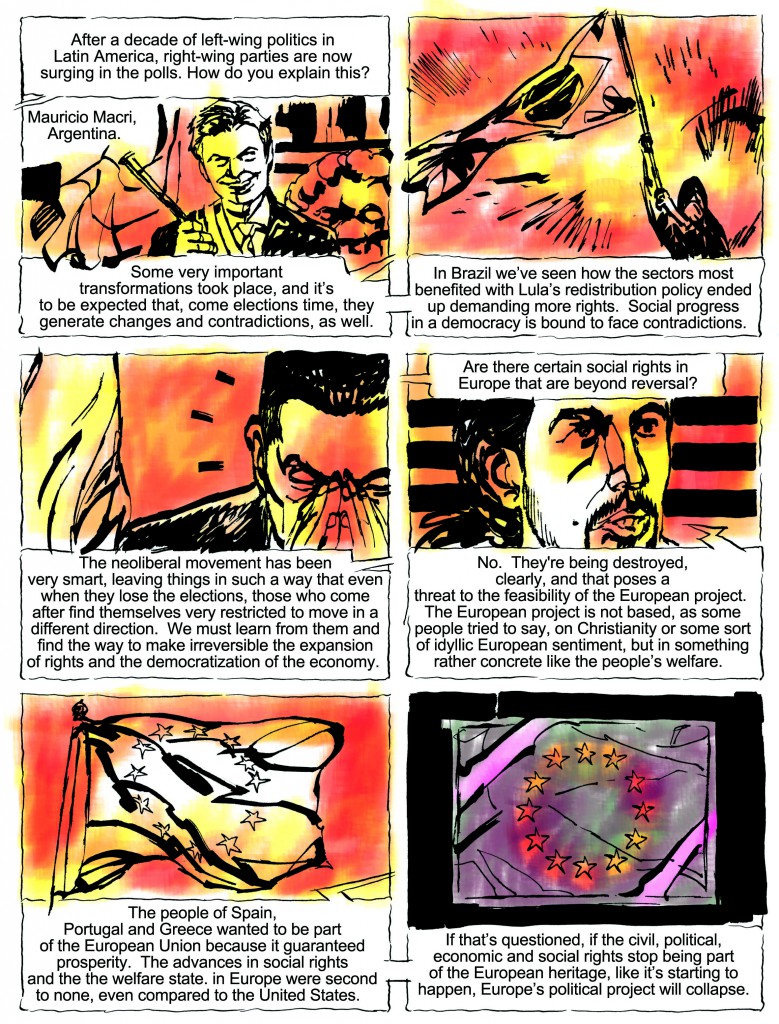