In the below graph, we can see what these percentages are at all ninety-six retirement ages when the FRA is set at age sixty-seven (the current FRA), age sixty-eight, age sixty-nine, and age seventy. 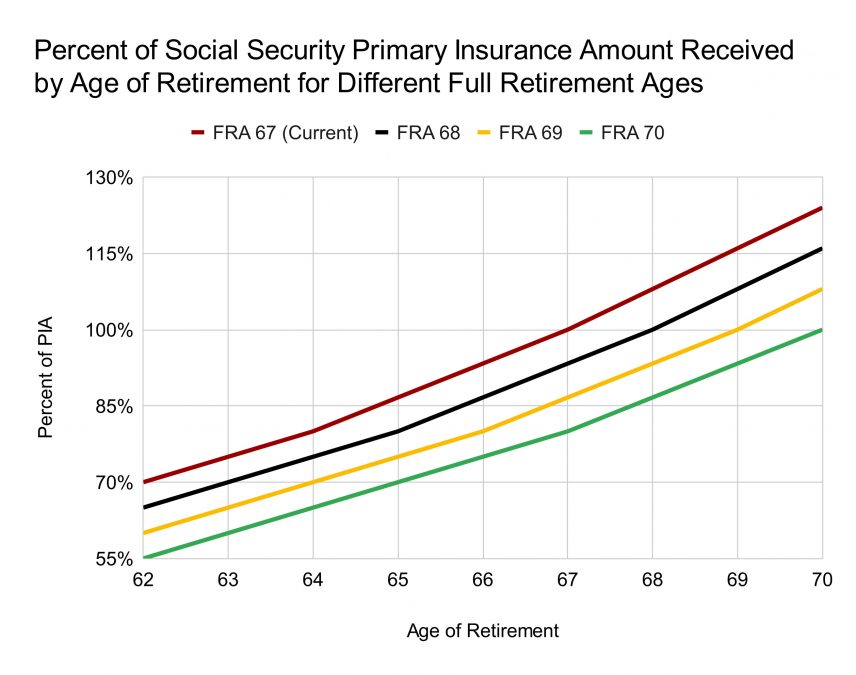 Another remarkable thing about the Social Security discourse is that it proceeds as if Social Security is the only way that the federal government provides old-age income support. But this is not the case. In 2021, the federal government spent a little over $1 trillion on old-age and survivors insurance (OASI). In the same year, it spent $329 billion on tax expenditures for private retirement accounts and pensions. 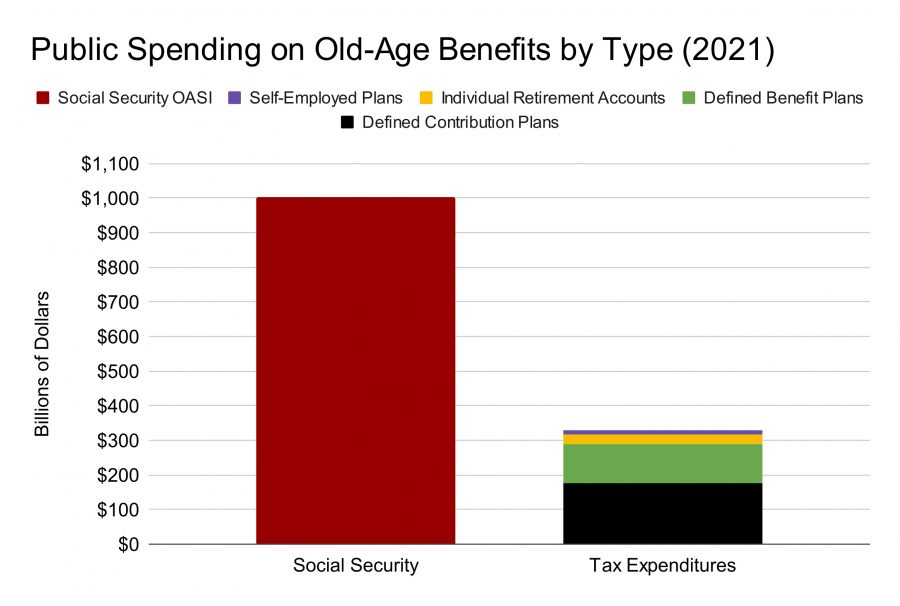 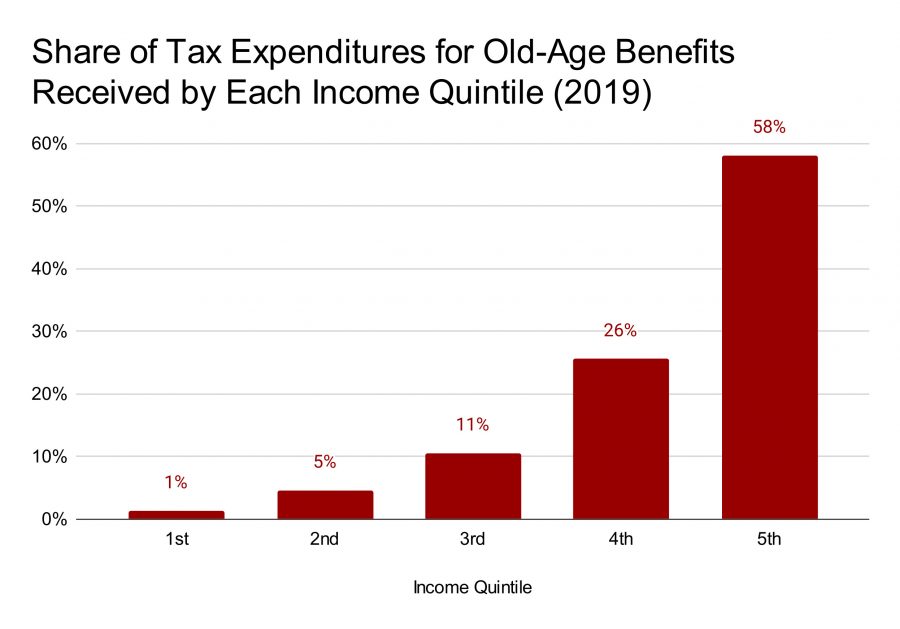 This distributive skew is built in to the way that these tax expenditures work. As the CBO explains:

Higher-income taxpayers tend to benefit more from the exclusion for pensions and retirement savings accounts for three main reasons. First, such taxpayers are more likely to have employers who offer pension plans and who are also more likely to contribute to retirement savings accounts. Second, the generosity of such plans and contributions increases with income, although that effect is limited by caps on contributions and antidiscrimination rules that prevent employers from making retirement plans significantly more valuable for highly compensated employees than for other employees. Finally, higher-income taxpayers face higher marginal tax rates — that is, the tax rate that would apply to an additional dollar of income — which increases the value of the tax expenditure for each additional dollar of their retirement savings.

If one really believed that federal spending on old-age benefits was out of control, clearly the first place to cut would be from the $329 billion spent on these tax expenditure programs that primarily operate as a tax shelter for the capital income of the rich. This could be accomplished by lowering contribution caps, lowering what percent of each contribution can be used toward tax deductions, or, better yet, scrapping the IRA/401k system as a whole.

Despite the fact that this private side of our retirement system is vastly worse than the Social Security program, high-level policy fights about aging and retirement proceed as if it doesn’t exist or is untouchable. This is because the fights are not really about retirement security but are instead about using the retirement security system to grind ideological axes about the welfare state and capital taxation.