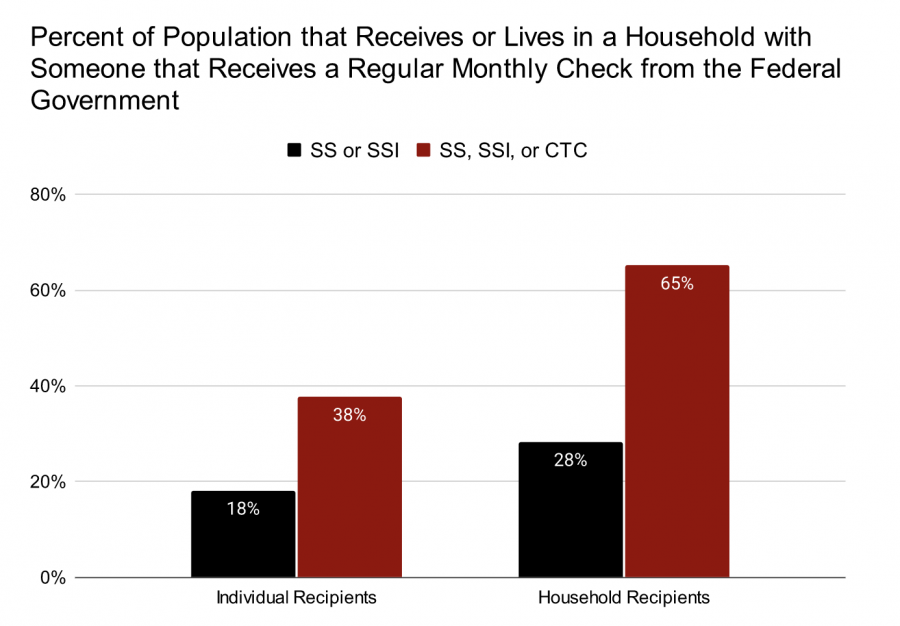 In the run-up to the passage of the new CTC, most of the discussion focused on the fact that the poorest of the poor would be eligible for the new benefit. This was seen as a revolutionary break with old designs and thinking, which typically held that it was both bad policy and bad politics to provide cash benefits to very poor children.

This revolutionary aspect of the new benefit has so far turned out to be a dud. Neither Congress when designing the program nor the IRS when administering the program made a serious effort to get the benefit to the very poor. They are included on paper, but not in reality, and even as I write this now, no one in Congress seems interested in fixes that might help get the benefit to these kids.

But there is another break-with-tradition aspect of the proposal that has gotten less attention. According to the old thinking, people don’t like to receive “welfare” or “handouts” or anything resembling that. Thus it follows that benefits should be administered alongside annual tax refunds so that people either don’t realize they are getting them or mentally categorize them as something different than, say, food stamps.

The new CTC rejects this thinking and opts instead to put a check in every hand every month. Under this kind of administration, people cannot help but see that they are straightforwardly benefiting from the welfare state. And, if the typical social democratic view on this is correct, this kind of high salience will be good for politics and good for attitudes toward the welfare state more generally.

In my view, the big mistake of the old style of thinking was driven by analysts conflating welfare benefits with poor people benefits.

It’s certainly true that if you go out into the world and talk to people about things like food stamps, WIC, free school lunch, Section 8, and even Medicaid to some degree, you will find a lot of people with a lot of negative sentiment toward these programs, even among the poor themselves who in some cases feel embarrassed to be receiving them. From this, it is easy to see how you might conclude that, in general, people don’t really like welfare benefits, not even the people on them, and so stealthy benefits like the old CTC and current EITC are a better way to go.

But the thing these stigmatized benefits have in common is not just that they are welfare benefits. It is also that they are specifically poor people benefits. In our culture, being poor is the same thing as being a loser or a fuck up, and so, of course, the benefits for poor people carry a stigma that people don’t like to be associated with.

If you look closely, you see this dynamic everywhere. Consider, for example, the somewhat absurd, but ultimately quite illuminating, phenomenon of kids being bullied about receiving a free school lunch by other kids who are, at the very moment of bullying, attending a free public school. If benefit receipt itself is what made people feel bad, then all the kids in the free public school would be ashamed that they are even attending it. But they don’t feel that way because the problem is not welfare benefits. The problem is poor people’s benefits.

With the new CTC, we have, for the first time in a long time, a welfare benefit that is being conspicuously administered as a welfare benefit but that is very clearly not a poor people’s benefit. We will see how this all plays out in the coming months, but I would expect it will play out well (even despite the many other problems with the program) and I would hope that these kinds of social democratic approaches become more prevalent as a result.

One area where there is a potential clash between the old and new thinking on this is in the fight over how to design things like paid leave in the upcoming family benefits legislation.

Right now, the likely House plan, which is being proposed by Representative Richard Neal, creates a paid leave system that consists of subsidies for employer-provided paid leave, subsidies for state paid leave, and then a residual federal paid leave benefit only for those not covered by employers or states. This approach, in addition to being needlessly complex, would make the welfare benefit opaque to a large share of the population who would wind up covered by an employer through a subsidized private insurance company plan. Individuals who receive benefits this way would end up thinking the employer is giving them the benefit and struggle to understand that the government is actually doing it. This also runs the risk of turning the residual federal program into a poor people’s program.

On the other side of things, you have policies like the FAMILY Act that would create a single paid leave plan inside the Social Security Administration. This would be a very conspicuous welfare benefit that is not a poor people benefit and, if the social democratic thinking on this is right, would be good for politics and build more solidarity around the welfare state.

Both the Neal plan and the FAMILY Act have other problems, most prominently that they exclude new parents who lack a certain work history. Fixing that problem, just as fixing the fact that the CTC is not, in practice, going to the very poor, should be a priority of the Democrats. But the administrative design matters too and hopefully, when designing the new paid leave program, the Democrats will take seriously the lesson they appear to possibly be learning about what kinds of benefits people like to receive.