At least since the shooting of Michael Brown in Ferguson, Missouri in August of 2014, every publicized death of an African American at the hands of police has triggered a spasm of protest — before winding down. Though the protests that have erupted across the United States in the three weeks since the horrific killing of George Floyd in Minneapolis on Memorial Day are very different.

For starters, the protests have now been sustained for three weeks with no real end in sight. Second, the numbers — of protesters, protest events, and protest sites — have all grown over time. Though an increase in the number of protesters in the early days of a movement is not unusual, the proliferation of events, and especially protest sites, is rare.

Given the pattern of previous Black Lives Matter demonstrations, the initial wave of protests in major cities around the country was hardly surprising. And the spread of the movement into progressive communities such as Santa Monica, California; Boulder, Colorado; Cambridge, Massachusetts was predictable as well.

But when the protests began popping up in conservative, predominantly white communities, it was clear, to paraphrase Dorothy, that we were “no longer in Kansas.” Or, rather, that counter to history and recent partisan politics, we in fact were in Kansas, and not just in Kansas City, but also, as reported in the Kansas City Star, in small, overwhelmingly white towns such as Overland Park, Shawnee, and Olathe. And this spread of protests beyond the major cities has taken place across all fifty states.

This fact brings us to the most important, and potentially consequential, difference between the current protests and any we’ve seen in recent years: the racial and ethnic diversity of the current protest wave. Given this is an ongoing and young movement, it is hard to get a systematic handle on the demographics of the protesters, but there is simply no denying the diversity of those taking part. 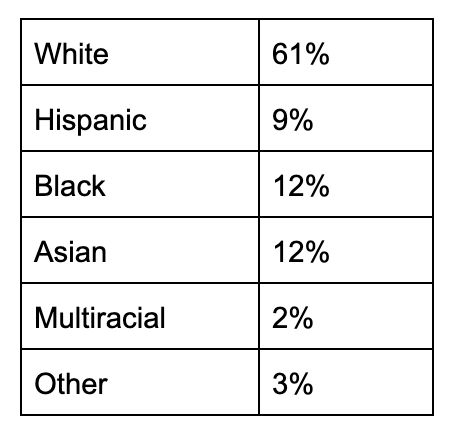 Video footage that I’ve seen from protests in those same three locations, plus Minneapolis, suggests a more even demographic distribution than the above figures suggest, but even allowing for variation across sites, it’s clear that the demographic mix is far more varied than anything we have seen in recent years. And indeed, far more diverse than anything we saw during the heyday of the mass Civil Rights Movement of the 1960s. In fact, while the ’60s movement benefited at times from considerable white support, the levels of actual protest participation by whites was minimal.

This is hardly surprising when you consider that the major campaigns and actions during the heyday of the movement in the early ’60s — the sit-ins in 1960, the Freedom Rides in 1961, Albany in 1962, Birmingham in 1963, Selma in 1965 — all took place in the South, and virtually all white Southerners were implacably opposed to the threat the movement posed to “the Southern way of life.”

To be sure, there were sympathy demonstrations in the North in support of the sit-ins, and considerable white financial support for the major civil rights organizations, but very little in the way of active white participation in the major Southern campaigns.

And when the struggle turned northward in response to the onset of the riots in the mid-1960s, even the generalized sympathy the movement had enjoyed in the early ’60s largely evaporated. This shift was occasioned by the new goals the movement embraced as it sought to contend with the more complicated forms of systemic racism endemic outside the South. Movement aims during the Southern phase of the struggle called for little more than the dismantling of an anachronistic caste system in which few whites outside the South had any stake.

Over time, however, the movement’s goals were broadened to embody a more holistic critique of the complex patterns of “institutional racism” in which the interests of many who had earlier “supported” the movement were implicated. The effect of this change was to greatly erode white support for, and significantly increase white opposition to, the movement.

Geographically, the shift of the struggle from South to North had much of the same effect. Confined almost exclusively to the states of the former Confederacy in the early 1960s, the movement posed little threat to residents in other regions of the country.

However, with the advent of the riots, open-housing marches, and court-ordered busing in the late ’60s and early ’70s, the comfortable illusion that racism was a distinctly Southern problem was shattered. By the mid-to-late 1960s white opposition to the movement was as much a Northern as a Southern phenomenon.

It should also be noted that the movement’s shift from interracialism to Black Power, and then black separatism after, say, 1965–66 also limited the opportunities for white participation in the struggle. Bottom line: without gainsaying the reality and significance of generalized white support for the movement in the early 1960s, the number of whites who were active in a sustained way in the struggle were comparatively few, and certainly nothing like the percentages we have seen taking part in recent weeks. Whether that continues, of course, remains to be seen.

The demographic diversity of the current wave of protests isn’t the only thing that marks the current wave as distinctive. For all the attention and hope we tend to lavish on protests, the truth is, very few such episodes result in any meaningful social and/or political change. Occupy Wall Street burst onto the scene in the fall of 2011, generating widespread public sympathy, and temporarily “changed the conversation,” but, in the end, accomplished little.

Or think of the various gun violence protests triggered by the numbing litany of mass shooting incidents we’ve suffered as a nation over the past decade or so: Parkland High School, Sandy Hook, Charleston, and the Pittsburgh synagogue shooting. And yet little or no meaningful policy change has come from any of those protests.

And save perhaps for the rare instance of local police reform, the same can be said of the protests that occurred in recent years in the wake of the killing of far too many African Americans at the hands of police — at least until George Floyd. It looks, for all the world, like these protests are achieving what very few do: setting in motion a period of significant, sustained, and widespread social and political change.

The many efforts to reform policing — including the Senate and House bills currently under consideration — are rightfully getting the lion’s share of attention, but they hardly exhaust the changes being considered at the moment. Indeed, the many calls to “defund” or even eliminate police departments are as much about reinvesting resources in social programs, mental health initiatives, job training, and the like as it is narrowly about police reform.

If the efforts to change that are being proposed were confined to the above, we would be justified in declaring the George Floyd “movement” a slam dunk success. But something remarkable appears to be happening beyond the efforts to reform law enforcement, and reimagine what a more generous and equitable social welfare system would look like.

Lots of organizations and institutions appear to be embracing this as a watershed moment in their history, asking what the current moment demands of them, or what changes they need to make to advance the overarching goals of social justice and racial equity. For example, Comcast has announced it is committing $100 million to a three-year plan to advance social justice and equality, and fight “injustice and inequality against any race, ethnicity, gender identity, sexual orientation, or ability.”

Even allowing for a healthy dose of cynicism on the part of NFL commissioner Roger Goodell’s embrace of Black Lives Matter, it is still symbolically significant and a pointed rebuke to President Donald Trump. NASCAR’s banning of Confederate flags at its event is another striking symbolic response to the moment, especially given the sport’s popularity in the South.

And for every one of these highly publicized actions by high-profile enterprises, there are countless others taking place in smaller, less visible companies and institutions. I will confine myself to just two from my own life. A friend of mine works for an urban planning firm that organized and hired a professional to facilitate an online, company-wide conversation about race and equity as a first step toward reforming its internal organizational practices. Stanford’s academic program review board — the body that rules on cases of academic probation and suspension — is undertaking a systematic review of its procedures, to determine whether they are sufficiently sensitive to the challenges faced by traditionally disadvantaged students, especially in the context of COVID-19 and the protests roiling our communities.

There are many such examples. Put together, we appear to be experiencing a social change tipping point that is as rare as it is potentially consequential. However, notwithstanding all the energy and momentum generated by the protests, and what appears to be a related drop in Donald Trump’s poll numbers, his reelection in November remains a real threat, all the more so since the pandemic threatens the high-voter turnout that Democrats rely on, as well as enabling the kind of voter suppression that the Republicans favor.

The best we can hope for is to do everything we can to maintain the momentum, energy, and inclusive, pragmatic, and nonviolent character of the current protests. Our goal should be twofold: to capitalize on the possibilities for change inherent in this moment, and to begin to pivot toward forms of electoral mobilization crucial to success in the fall. The survival of American democracy will likely depend on how successfully we attend to this agenda.