You can hardly look at Twitter without reading something about the impending AI revolution: robots are coming for your job. I’m a skeptic. By that, I don’t mean to argue that IT and AI and all the other abbreviations and acronyms aren’t changing our world profoundly. They are. Tech affects everything — work, play, love, politics, art, all of it. But the maximalist version, where robots, equipped with artificial intelligence, are going to replace human workers, is way overdone. No doubt they will replace some. But not all.

Back in 1987, ancient history in tech time, the economist Robert Solow observed, “You can see the computer age everywhere but in the productivity statistics.” That observation achieved cliché status, but unlike many of that breed, it was true. Productivity — measured as the dollar value of the output per hour of work, adjusted for inflation — had fallen below its long-term average in the mid-1970s, one of many signs of the end of the post-World War II Golden Age, and would stay there for twenty years. (See the graph below. Trend productivity in the graph is computed with a Hodrick–Prescott filter.) 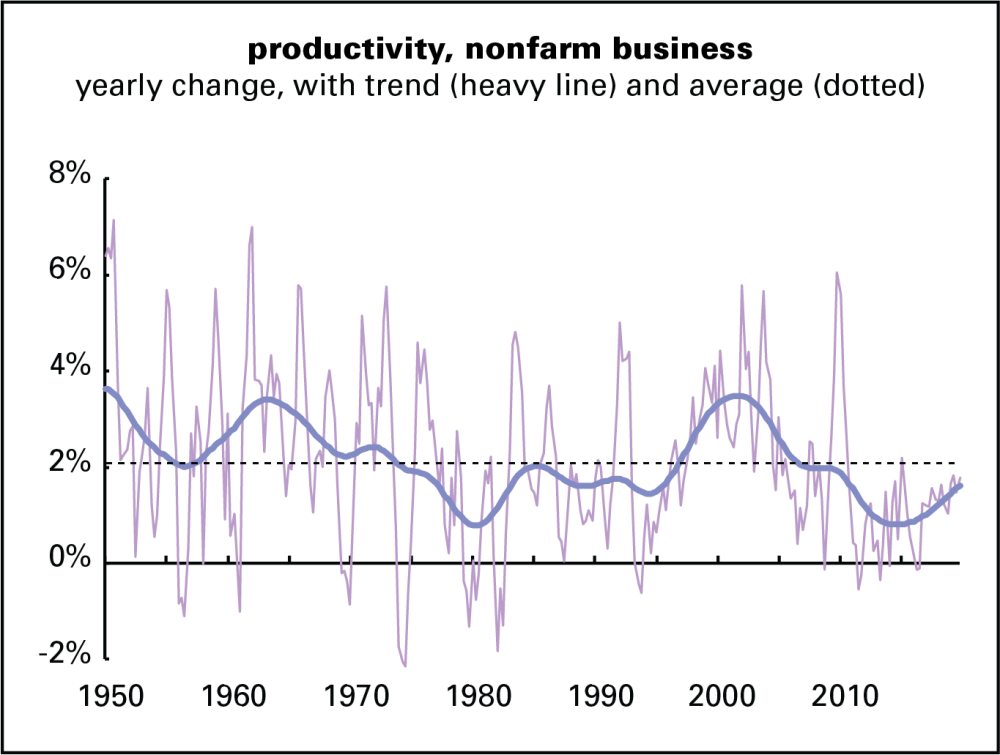 That new era lasted only about ten years. Productivity fell back into a slump, reaching all-time lows from 2014 to 2016. It’s picked up some since, but trend productivity growth is at levels comparable to the productivity slump of the late 1970s, 1980s, and early 1990s. So, we’re back in the land of Solow’s quip: robots aren’t visible in the productivity stats.

Here’s another way to look at it. Historically, it took just over 2 percent of GDP growth to generate a 1 percent increase in employment. For most of the last decade, employment growth has outstripped that historical norm. Lately, the US economy has added almost forty thousand jobs a month more than GDP growth would suggest. That compares to an average gain lately of around two hundred thousand. In other words, one out of every five jobs being produced in the United States today wouldn’t be here if normal relationships between growth and employment were still holding sway. (See the graph below.) 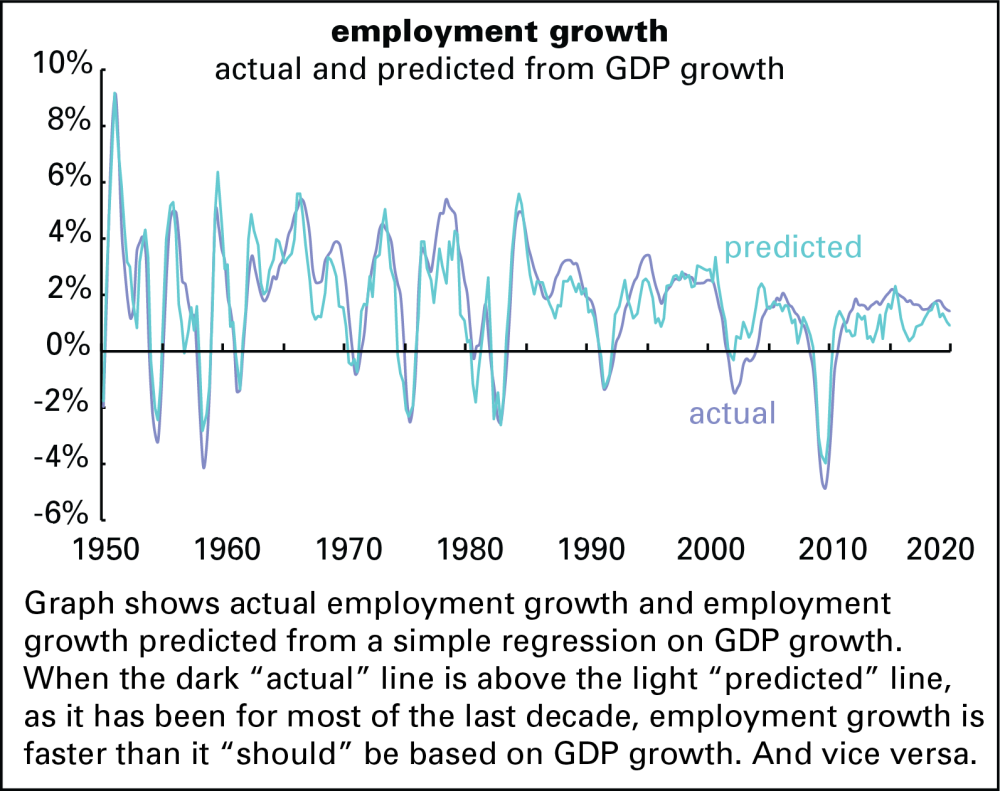 GDP growth — which has been slow by historical standards — has also been producing larger declines in unemployment than you’d expect if old relationships were still in effect. If the robots were moving in, you’d expect just the opposite — job growth badly lagging economic growth, unemployment stickier than it has been. But these things are just not happening.

Maybe they will, though we’ve heard panicked tales of disappearing human workers since the onset of capitalism. Cries of alarm like “the robots are coming!” undermine the confidence of the working class and make people more grateful for whatever crap the system feeds them than they should be. Economic life is hard enough as it is without promoting mechanical competitors.