The insights of this new data series are many, but for this post I want to highlight a single eye-popping statistic. Between 1989 and 2018, the top 1 percent increased its total net worth by $21 trillion. The bottom 50 percent actually saw its net worth decrease by $900 billion over the same period. 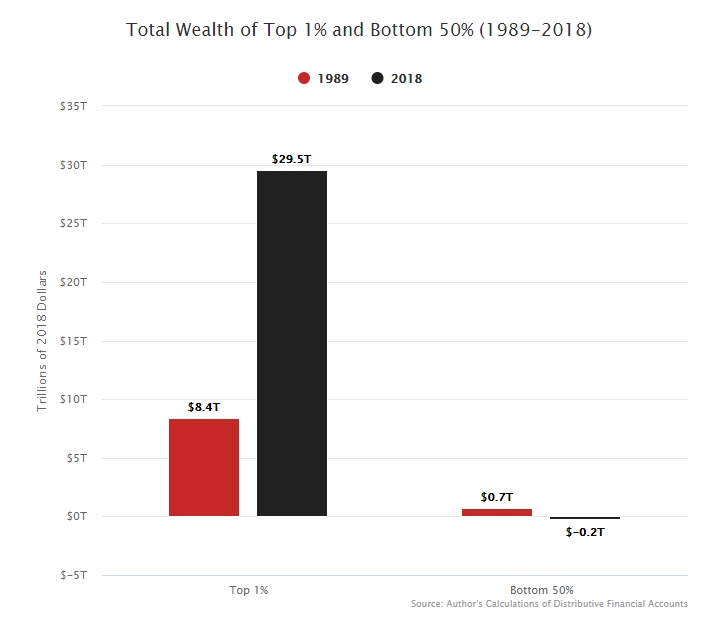 To derive this, I initially take the nominal net worth aggregates for each wealth group that are provided by the Federal Reserve and subtract out consumer durables. Consumer durables are things like cars and fridges that many academics who work on wealth distributions do not consider wealth. The top 1 percent owns around thirty-two times as many consumer durables (in dollar terms) as the bottom 50 percent owns. So the subtraction of them reduces the inequality between the top 1 percent and bottom 50 percent.

From there, I adjust the 1989 figures to 2018 dollars using the CPI-U-RS price index. This is what the Federal Reserve also does to adjust wealth figures over time in its Survey of Consumer Finances reports.