The question of what to do with the Child Tax Credit has reared its head again, primarily due to a likely doomed push to get an expansion of it as part of extending certain corporate tax breaks. Rachel Cohen has a piece on the political wrangling over it at Vox and Matt Yglesias has a piece about what to do on the CTC over at Slow Boring. 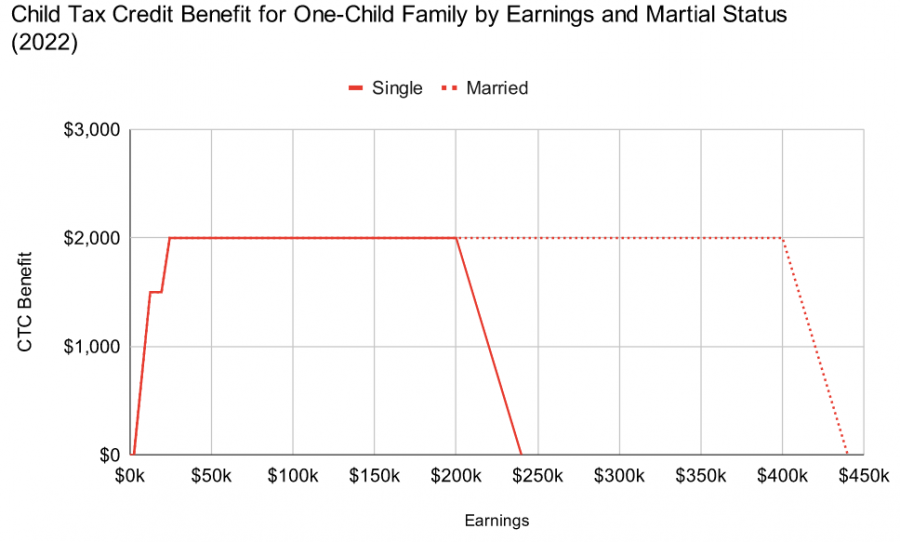 As far as small-bore changes to this go, there are two obvious ones to make:

The rationale for eliminating the phase-in is that it ensures that poor children also receive the benefit. This would reduce childhood deprivation significantly, which is good in itself and has a variety of second-order benefits for things like child development. This change would only cost $17 billion per year, which is virtually nothing in the context of the US economy and federal budget.

The rationale for replacing the phaseout with a similarly targeted tax is that doing so would radically simplify the administration of the Child Tax Credit. Administering the phaseout currently requires the IRS to annually collect income and marital status information for the parents of every child in the country prior to sending out benefits. This monumental task is undertaken solely so that the agency can indirectly apply a 5 percent marginal tax rate on some of the income of the richest 2 percent of parents. This administrative burden ensures that many low-income people eligible for the credit do not receive it because they do not file taxes and therefore do not transmit this information to the IRS.

Instead of applying an indirect 5 percent marginal tax rate on some of the income of the richest 2 percent of parents (the phaseout), the IRS could achieve a similar distributive result by simply increasing the direct marginal tax rate for the richest 2 percent of tax units by 0.5 to 1 percent. Contrary to what some people say, this change does not cost any money or raise extra taxes. It just changes the administrative mechanisms involved in a way that benefits the non-rich, especially the very poor.

In the recent discourse about the Child Tax Credit, there seems to be a lot of confused arguments attempting to explain how difficult it might be to fix it up.

The idea that it costs a lot of money to convert the current $2,000 benefit into a universal benefit by including the poor and replacing the phaseout is simply wrong. It costs basically nothing to do that.

The idea that means-testing the benefit is important is factually confused: raising taxes through means testing does not reduce the cost more than raising taxes through the ordinary tax schedule, but is administratively inferior and bad for the poor. This idea is also politically baseless: the CTC means test was virtually eliminated by the Donald Trump tax cuts, which changed the CTC phaseout threshold from $75k to $200k for single parents and from $110k to $400k for married parents. I watch politics closely and I’ve yet to see anyone really criticize this change, let alone see any party or politician pay some kind of penalty for it.

The reason we don’t see the CTC rationalized into a clearly superior universal design has got nothing to do with budgetary or electoral considerations. It’s just a combination of Democrat and Republican elected officials having bad ideological views and, to a lesser extent, fetishizing fungible national accounting categories.