The unionization drive at Starbucks is taking off.

Late last year, Starbucks Workers United, an affiliate of Service Employees International Union (SEIU), began filing for union elections after organizing at individual stores. This year, that trickle of election filings has built to a wave — and Starbucks workers are winning in location after location.

Using case data from the National Labor Relations Board, I’ve assembled the most up-to-date statistics about the effort.

The first election filing in the Starbucks campaign came last August. A few more representation petitions were filed with the NLRB in the next few months, but the number remained relatively small: fourteen, by the end of 2021.

But in January, union activity soared. Between January 1 and May 21, the union filed 263 representation petitions, around 1.9 per day. 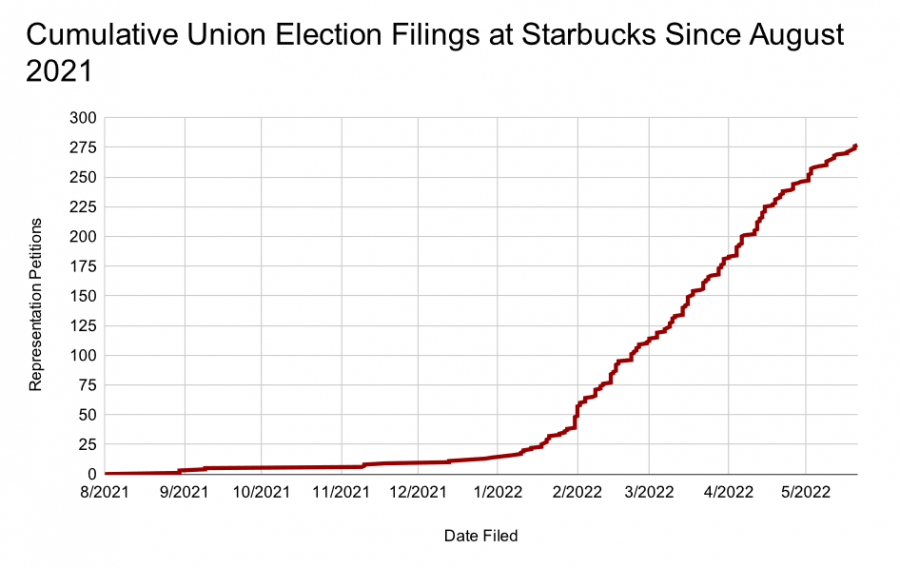 And workers have racked up a string of wins. The NLRB has conducted eighty-nine union elections so far at Starbucks, with the union prevailing in seventy-seven (87 percent) of those eighty-nine. 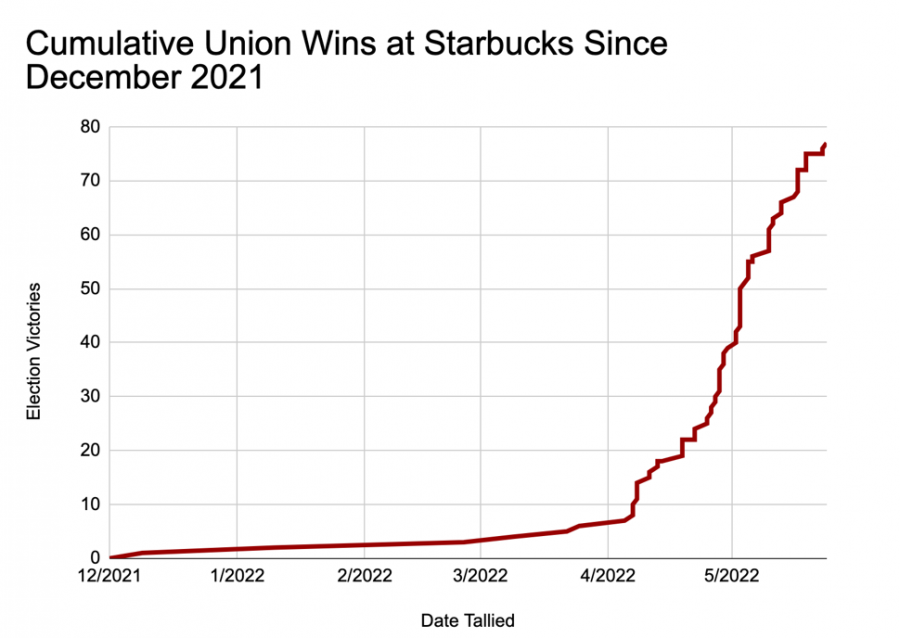 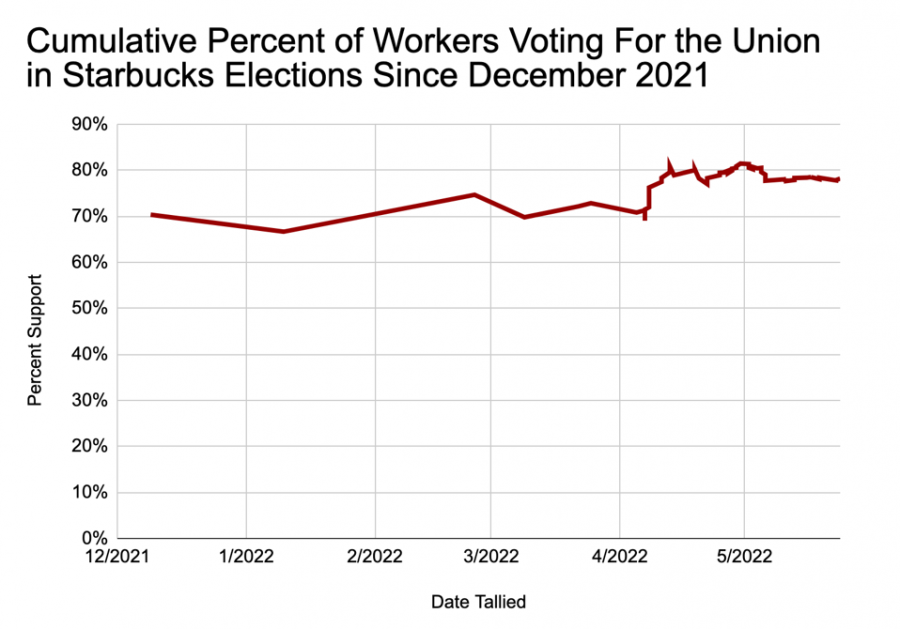 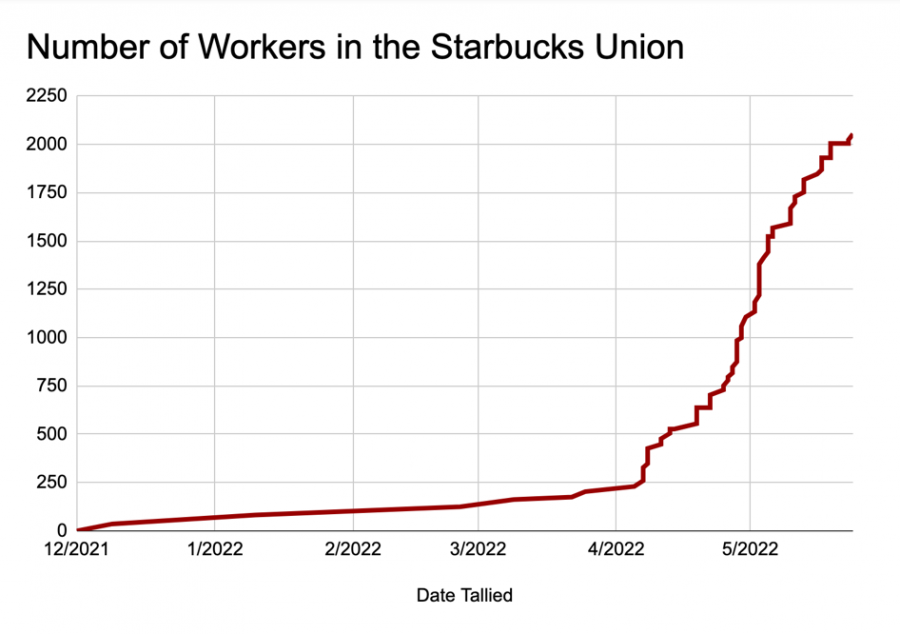 Those victories have been spread out geographically. The union’s seventy-seven wins have occurred across fifty-four different cities. Currently, the city with the most unionized Starbucks stores is Eugene, Oregon (seven stores), followed by Portland, Oregon (four stores). 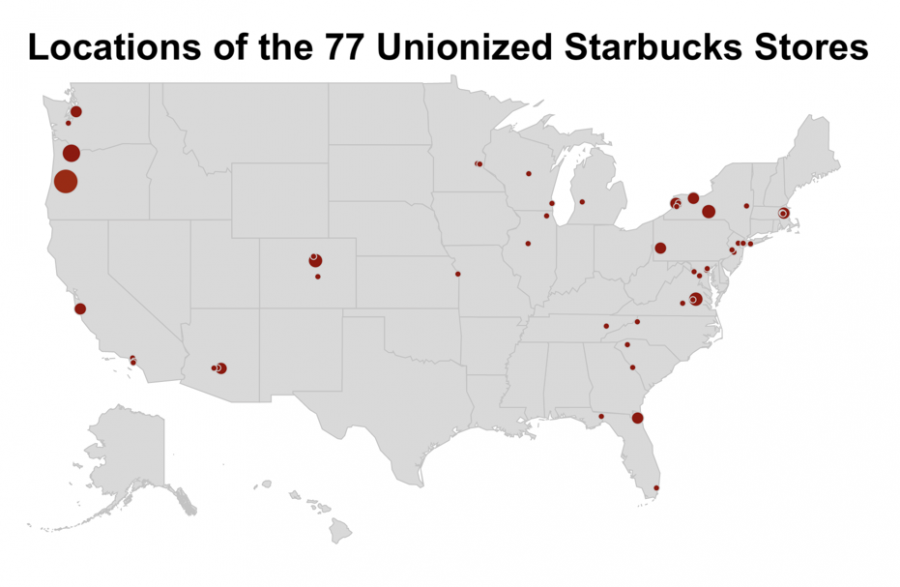 Starbucks has mounted a fierce campaign against the union, prompting a torrent of unfair labor practice (ULP) charges against the company.

Since January, Starbucks Workers United has filed 149 ULP charges with the National Labor Relations Board, alleging Starbucks has retaliated against union organizers and fired workers, among other union-busting tactics. Some of the filings have already resulted in large-scale NLRB complaints alleging the company violated federal labor law. 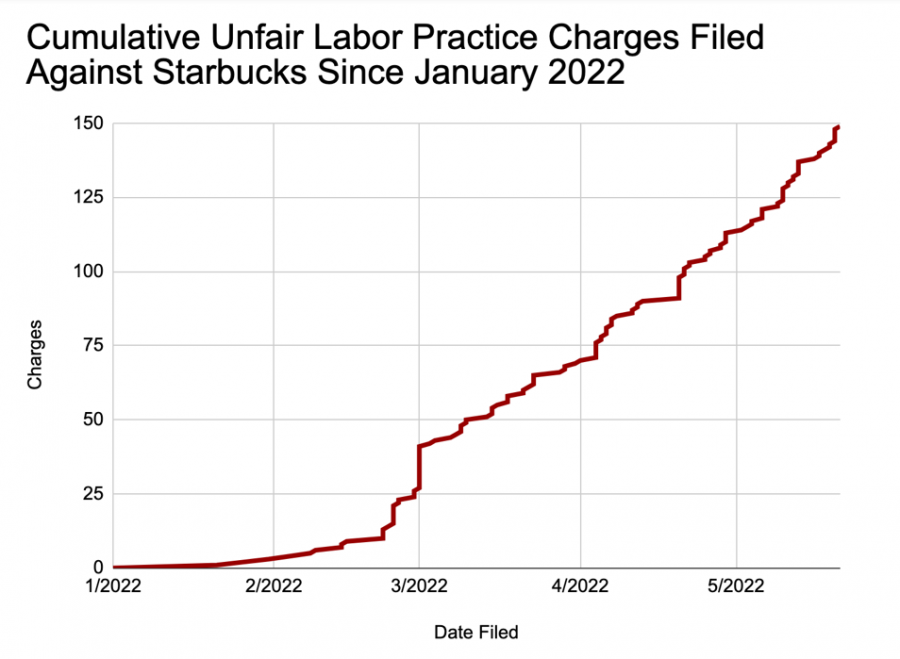 Projecting the Current Size of the Union

What, then, is the current and future state of the Starbucks unionization drive?

In the eighty-nine elections that have been run so far, the union has won 87 percent of the time, and the average unit size of the unionized stores has been twenty-seven workers. If these numbers hold for the 173 open cases where an election has not yet been administered, the Starbucks union will soon pick up 150 more election victories and add an additional 3,993 workers to their rolls.

Projecting further out, based on current filings alone, the Starbucks union is likely to have 6,047 workers at 227 locations in the next few months. And even that could be an undercount: if the union keeps filing for 1.9 elections per day, the Starbucks unionization wave will continue to grow.