Glen Goodwin is an electrician in the maintenance department at Kenyon College. He has worked at Kenyon for six years and has served as vice president of UE Local 712 for the past year. At previous jobs he served in many union positions: workers comp rep, safety rep, steward, and chief steward. 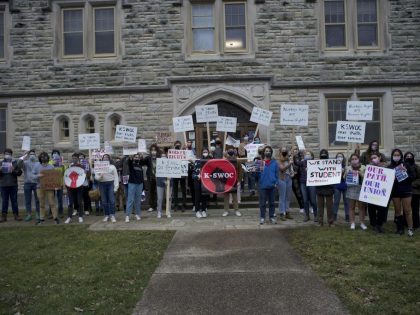 Kenyon College Students Are on Strike Today. They Want a Student-Worker Union.

Kenyon College student workers are on an unfair labor practice strike today. The strike comes during a campaign to organize the first US union representing all undergraduate workers on a campus. Jacobin spoke to several strikers and two campus maintenance workers supporting them about why they’re organizing — and how other students can follow their example.